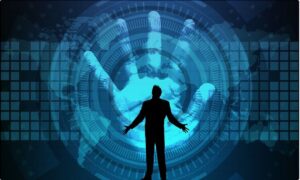 Haaretz columnist Odeh Bisharat this week flagrantly fabricated that Israel’s Arabs – a minority that makes up 20 percent of the Jewish state – is under surveillance. In his March 16 Op-Ed (“Hate in the Time of Coronavirus“) he invents:

Now [Prime Minister Netanyahu] has decided to put people infected with coronavirus under digital surveillance. If the experts’ estimates of the infection rate prove correct, more than 20 percent of Israelis will be under surveillance. That, of course, is on top of the other 20 percent – the Arabs – who are under surveillance in any case. Thus in total, it will be at least 40 percent, whether they are supporters of terror (that is, people who vote for the Arab parties’ Joint List) or coronavirus terrorists.

The Op-Ed writer certainly is entitled to accuse Prime Minister Benjamin Netanyahu, to allege that he is exploiting the Coronavirus crisis, to accuse him of fanning flames of hatred, and to slam the controversial decision to permit the cyber surveillance of Israeli citizens in order to locate all those who have come into contact with those infected by the disease, a measure to curb the stem of the virus and save lives.

But Op-Ed writers do not have the right to fabricate facts. The absurd claim that Israel’s Arabs – as an entire group – are under surveillance is completely unfounded and ought to be immediately corrected by the paper which prides itself of being “Israel’s leading daily newspaper.”