It is not news that author Alice Walker is a longstanding anti-Israel activist, that she frequently crosses the line into outright anti-Semitism, and that she promotes the theories of flagrant, anti-Jewish racist David Icke. Yet it is Alice Walker whom the NY Times featured in a book column, dutifully relaying her recommendation of Icke’s anti-Semitic book without any qualification or disclaimer.

“Palestinian Lives Matter” attempts to hijack a movement. Washington Post columnists fail to expose the anti-Jewish propaganda behind the ploy.

Activist Medea (formerly Susan) Benjamin maligns Israel and demands end to U.S.-Israel military alliance. She might be seen as living up to her self-assigned name, that of a mythological Greek enchantress and witch. Certainly her anti-U.S., anti-Israel mind-set relies on myths. 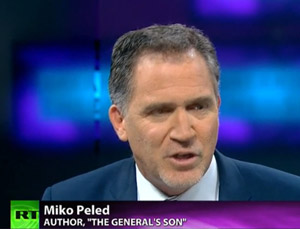 An Israeli-American's anti-Israel rant appeared in The Hill, a newspaper aimed at Congress. So did, a few days later, a thorough rebuttal from a CAMERA campus activist.

In its reporting on the abortive Gaza flotilla, The New York Times whitewashes the extremist affiliations of the flotilla organizers and conceals the harsh rhetoric of  noted participants.

The Washington Post's reputation for investigative journalism, from 1970s Watergate coverage on, is well known. But when it comes to the story behind the much-hyped "Gaza aid flotilla II," The Post doesn't want to know. Late June reporting was a poor example for journalists and a disservice to readers.

Author/poet Alice Walker (1983 Pulitzer Prize winner for fiction for The Color Purple), also something of a fringe activist, vilified Israel and Jews during a 2010 book tour to promote her new book based on travels to Africa and “Palestine/Israel.” Did Jewish philanthropists conduct due diligence before supporting her appearances?
Donate Now