The recent, months-long campaign of Palestinian arson attacks is described by Middle East-based scholar and Gatestone Institute contributor Bassam Tawil  as “a well-organized campaign of terror orchestrated by terrorists and activists belonging to Hamas and other Palestinian groups in the Gaza Strip.” They “formed a terror cell called the ‘Kites Unit’ similar to the gangs that fire mortars and rockets at Israel,” Tawil says, and their goal is to “kill as many Jews as possible and bring about the obliteration of Israel.” He explains that this is part of a global “jihad (holy war) against the enemies of Allah and Islam.”

“Ingenious” and “exasperating” are hardly the terms that come to mind to describe this terror campaign that has burnt down thousands of acres of farmland, woodland, and fields in Israel, scorching its wildlife and releasing toxic fumes on its human inhabitants. The first term carries the positive connotation of resourcefulness and brilliance while the second suggests a mere annoyance, minimizing the disastrous impact of these actions on plant and animal life and their injurious effect on human life.

Yet these are precisely the words chosen by New York Times correspondent David Halbfinger to describe the Palestinian arson campaign. In a July 9th article faulting Israel’s “punitive” response to kite terrorism for “chok[ing] off” Gaza’s “economic vitality,” Halbfinger referred to the Hamas-initiated campaign as “an ingenious and, for Israel, exasperating tactic.”

While the New York Times proclaims itself “the most powerful engine for independent, boots-on-the-ground, deeply reported journalism,” its reporters have never “deeply reported” the devastating impact of the Hamas-initiated kite terror campaign on Israeli farmers, residents and wildlife in the area.  Instead, they have employed opinion-laden adjectives and descriptions that downplay Palestinian terrorism.  In his article, Halbfinger minimized the effect of the terror kites and balloons, stating that they burned “hundreds of acres of Israeli farmland” instead of noting the thousands of acres of land that were destroyed, although in a subsequent article, the reporter correctly acknowledged that “[incendiary] balloons, along with flaming kites, have scorched thousands of acres of Israeli farmland.” 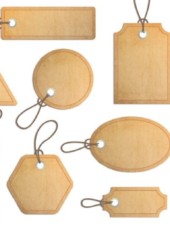 Beyond the number of acres destroyed by Palestinian arson attacks, it should be noted that Halbfinger’s original word choice to minimize the terror campaign is part and parcel of the way the New York Times wields labels and language to shape the views and perceptions of its readers about Israel and those who seek to destroy it. As CAMERA has previously demonstrated, the New York Times employs a double-standard labeling Israeli leaders with such pejoratives as “shrill,” “strident,” “abrasive,” “hard-line,” and “hawkish” while Palestinians and their supporters are labelled “conciliatory,” and “peace-seeking,” their terrorist activities downplayed and minimized. In this way, the New York Times influences readers to view Israel as villain and persecutor and Palestinians as their blameless victims.

Similarly, the newspaper gives credence to and justifies the actions of those who delegitimize Israel and Zionism by whitewashing their motives and actions with positive language.

Proponents of BDS against Israel have made it clear that theirs is essentially an anti-Semitic  campaign whose ultimate goal is the elimination of a Jewish state in the region. Moreover, BDS activists frequently single out those of Jewish identity for bullying. (See here, for example.) But here’s how the Times justifies the group and its goals in its own language, implying that BDS activism is a moderate reaction to objectionable Israeli actions:

“movement which …seeks an end to what it deems ‘apartheid’ Israeli policies…” (John Anderson, August 19, 2015)

“movement which is critical of Israel’s policies toward the West Bank…” (Maggie Haberman, May 10, 2016)

“growing movement…to boycott, divest from and sanction Israel, primarily in protest against its settlement and security practices in the West Bank….” (Richard Pérez-Peña, Jan. 31, 2018)

“[group that] asks companies and people to avoid doing business with Israel in protest of its treatment of Palestinians.” (Melissa Eddy and Alex Marshall, July 1, 2018)

Jewish Voice for Peace is, according to the ADL, “a radical anti-Israel activist group” made up of both non-Jews as well as Jews who call themselves the “Jewish wing” of the Palestinian solidarity movement, supporting its narrative. Rather than promoting a two-state peaceful solution to the conflict, they advocate the return of Palestinian refugees and their millions of descendants into the pre-1967 boundaries of Israel. JVP activists demonize those who support Israel and Zionists as racists and white supremacists.

IfNotNow is another anti-Zionist group that seeks to undermine American Jewish support for Israel. Its activists have disrupted the Senate Foreign Relations Committee during confirmation hearings for the current U.S. ambassador to Israel, attempted to shut down pro-Israel speakers and events with which they do not agree and tried to block supporters of Israel from attending pro-Israel events. Their puerile modus operandi is to loudly outshout and disrupt supporters of Israel.

The New York Times appends no adjectives that might suggest the radical nature of these groups.  Instead, Jewish Voice for Peace is described as:

“a small but growing organization that promotes divestment and works with Palestinian and Christian groups on the left…” (Laurie Goodstein, June 21, 2014)

“an American advocacy group…backing Israeli artists who had refused to entertain in Jewish settlements on the West Bank…” (Richard Severo and Ralph Blumenthal, July 22, 2015)

“a growing grass-roots organization that advocates pressuring Israel with the threat of boycotts…” (Jason Horowitz, April 16, 2016)

And both Jewish Voice for Peace and IfNotNow are described as:

Contrast this to the adjectives used to describe Zionist groups or strong supporters of Israel:

“one of the most hawkish supporters of Israel among American Jews…”; “hard-line supporter of Israel…” (Isabel Kershner, Feb. 25, 2018)

Foundation for Defense of Democracies:

Adjectives and labels are the weapons of journalists who prefer advocacy journalism over objective reporting.  They are used to influence rather than inform. The frequent use of these labels by New York Times reporters show just how far they have strayed from their mission of independent and deep reporting.