When Vanity Fair launched “the Hive” in 2016, the publication described its new project as being “devoted to Wall Street, Washington, and Silicon Valley.” Yet, like the music magazine Rolling Stone and the teen fashion magazine Teen Vogue, it hasn’t let its main mission preclude it from jumping on the anti-Israel bandwagon. A July 1 photo essay by Peter Van Agtmael titled “‘What Choice Do We Have But To Be Resilient?’: Scenes of Daily Life in Gaza,” departed from the Hive’s stated mission of “covering business, technology, and politics, and the egos at play in each,” and “zeroing in on the intersection of money and power.” 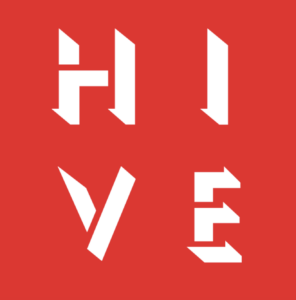 The photo essay minimizes the effect of the 2021 Gaza war on Israel, portraying Palestinians as the war’s only victims and all but ignoring terrorism emanating from Gaza – the only two photos of Israel show Israelis at the beach. At the very end of the piece, the last written paragraph provides a clue as to why.

Van Agtmael quotes Issam Adwan, an employee of the NGO We Are Not Numbers, though he doesn’t otherwise give any information as to the extent of the group’s involvement. Did We Are Not Numbers give Van Agtmael his tour? Did they suggest to him where he should go and where he should not go? Did they give him helpful suggestions on what to photograph? We really don’t know.

What we do know is that We Are Not Numbers is a project of Euro-Mediterranean Human Rights Monitor – a group that is chaired by Richard Falk.

Richard Falk is a 9/11 truther who was condemned in 2011 by then-British Prime Minister David Cameron for publishing an anti-Semitic cartoon, and in 2012 by the U.K. Foreign Office, as CAMERA has written previously, “for providing a cover endorsement for an anti-Semitic tract called ‘The Wandering Who’ that compared Jews to Nazis.” More recently, Falk was the author of a UN report about Israel that was so biased, that the UN itself rejected it. According to UN Watch, “As the UN’s rapporteur on Palestine, Falk was so extreme in his support for the Hamas terrorist organization that even the Palestinian Authority tried to remove him, on grounds that he was a ‘partisan of Hamas.’”

(CAMERA has written extensively about the false statements made in the press by another staffer of Euro-Mediterranean Human Rights Monitor, Muhammad Shehada.)

Van Agtmael’s first order of business (after an evening in Tel Aviv of “overpriced cocktails with a friend on a street pulsating with music and tanned youth enjoying the post-COVID city to its fullest,” obviously) is minimizing the effects of the May fighting on Israelis. His photo of Israelis at the end of a day at the beach is accompanied by text telling his readers he “tracked down the names of streets where rockets fired by Hamas had fallen, but struggled to find the impact sites. In some cases Israeli flags hung over damage to hide it from gawkers. Other spots had already been patched up. I found some damaged buildings in Ashkelon, where a stoned security guard shook his head and clucked his tongue as he patiently pointed out every shred of destruction no matter how small.”

Of course, Van Agtmael was not there during the eleven-day period that Israelis in nearly every part of the country hid in bomb shelters to seek protection from over 4,000 rockets emanating from Gaza. Nor did he apparently photograph or witness the dozens of arson attacks that terrorists in Gaza launched into Israel in June or take pictures of Gaza residents enjoying the beach, easily obtained by others.

After describing an uneventful entry into Gaza, Van Agtmael tells readers, “At dinner one evening, a Palestinian woman working as a dentist at the U.N. told me the story of her husband’s cancer diagnosis. They sought treatment at a Palestinian hospital in East Jerusalem, but were not granted a permit until the cancer had progressed from stage I to stage IV. He was unable to tell me the story himself—his larynx had been removed because of the severity of the cancer.”

That Gaza could have world-class medical facilities of its own if Hamas did not spend hundreds of millions of dollars on terror tunnels is obviously a fact that escapes Mr. Van Agtmael (and, presumably, his friends from We Are Not Numbers). The tunnel network that was destroyed in 2014 was estimated to have cost $90 million, and the “metro” network of tunnels destroyed in May of this year was estimated to cost $200 million. Hamas could have built three hospitals inside of Gaza instead.

Nor does he (or Mr. Adwan) seem aware that in 2017, a cancer patient from Gaza was caught taking advantage of her entry permit into Israel for treatment to attempt to smuggle explosives intended for a terror attack inside of Israel.

Several of the photo captions include the following:

The 11-day conflict between Hamas and Israel killed 256 Palestinians, including 66 children. 13 people were killed in Israel, including 2 children. 1,900 Palestinians were injured and Israel reported at least 200 injured Israelis. Around 4,360 rockets were fired at Israel from Gaza, and over 90 percent of rockets were intercepted by the Iron Dome. Israel conducted 1,500 air, land and sea strikes on Gaza.

This passage is repeated four times in the piece. All four times, it omits the indisputable fact that at least some Palestinians, including children, were killed by some of the 680 Hamas rockets that fell short and landed inside of Gaza. This omission, of course, has become a regular feature of media reporting on the conflict. CAMERA’s Alex Safian has estimated that “an analysis of the best information currently available indicates that about 91 Palestinians were probably killed by off-course Palestinian rockets.” That’s about a third of the total.

Further, an analysis of Gazan casualties by the Meir Amit Intelligence and Terrorism Information Center (ITIC) found that 112 of those killed were operatives of the various terrorist groups involved, primarily Hamas and Palestinian Islamic Jihad. Any civilian death in war is a tragedy, but in modern warfare, a civilian casualty rate this low is unheard of and speaks to the lengths the IDF went to in order to avoid civilian casualties, efforts unmatched by any other military in the world.

It’s also not correct that 90 percent of Hamas and PIJ rockets were intercepted by Iron Dome – Iron Dome attempts to intercept only those headed to populated areas. Safian has explained, “of the rockets headed for Israel, about 1,963 were ignored by Israel’s Iron Dome missile defense system after calculations showed they would miss populated and other sensitive areas, 1,450 were judged to be a threat and were intercepted by Iron Dome and about 160 were missed by Iron Dome and hit protected areas.” This basic oversight may indicate that Van Agtmael isn’t really that familiar with the conflict.

In one photo, we see a young man getting a haircut while seated among the rubble. His barber has brought in a large mirror, which rests against a pile of cinderblocks. From a visual standpoint, it’s certainly an intriguing image. One might even say that it prompts the question, “why wasn’t this young man able to get a haircut in any of the 99.8 percent of the buildings in Gaza that were not destroyed?” The viewer will have to continue to wonder.

This is even despite the fact that Van Agtmael himself notes, albeit obliquely, that Israel’s strikes were far more surgical in 2021 than in 2014.

I’d covered the 2014 war, and the nature of the ruin was substantially different this time. In 2014 the destruction was concentrated on the outskirts of downtown in low-slung residential housing. Whole neighborhoods were flattened by the bombing and the ground invasion. The Shujaiyah neighborhood in particular resembled a grid on a map that had been marked for complete destruction. In 2021, however, Israeli air strikes were largely focused on infrastructure. Tall buildings housing media, legal, and accounting offices folded onto the ground like collapsed blocks. A major bookstore was shattered, destroying 100,000 books. Dr. Ayman Abu al-Ouf, the director of Gaza’s COVID-19 response, was killed along with 12 members of his family. In all cases the Israeli government said it was targeting Hamas facilities or personnel nestled in civilian buildings.

This photo essay was published weeks after it became known that in one of those office towers, Hamas was attempting to jam the Iron Dome defense system. If they had been successful, the number of casualties on the Israeli side could have been huge. Again, Van Agtmael either doesn’t know or doesn’t care.

The final photo, intended, presumably, to be the most dramatic, shows a Palestinian child playing in the rubble at nightfall. Invisible in this photo essay: pictures of Hamas summer camp where children are trained to be kidnappers.

In his last written paragraph, Van Agtmael says, “I mentioned the resilience I’d observed to Issam Adwan, project manager for the NGO We Are Not Numbers, who snorted and retorted, ‘What choice do we have but to be resilient? We aren’t allowed to leave Gaza. Believe me, no one wants this resilience.’” As noted above, apart from this quote, the role of this NGO in influencing this piece isn’t discussed. In Israel, too, after over seven decades of war, terror attacks and intifadas, as well as numerous offers to the Palestinians of peace and statehood, they are forced to be resilient. But Israeli resilience, demonstrated by the beachgoers at the start of the photo essay, is treated by Van Agtmael as evidence of Israel’s wrongdoing, while Palestinian resilience is treated as evidence of Palestinian victimhood.