It might not be on purpose. The website’s young journalists might truly believe what they’re telling us. But what they’re telling us is too often egregiously false. At times the errors are so careless that it seems Vox reporters are improvising their way through a story, so convinced of their qualification to “candidly shepherd audiences” to insight, as Vox’s “About Us” page puts it, that they don’t bother looking where they’re leading us.

It’s fearless reporting, but not in a good way. Perhaps the most famous example of Vox boldly marching into error was its description of Israeli restrictions on free movement on a bridge connecting the Gaza Strip with the West Bank. These two Palestinian population centers, explained Vox’s Zack Beauchamp, are “connected only by a bridge that Israel limits traffic on.” As Vox later was forced to acknowledge, there is no such bridge. The author had misread something he saw online, he said. 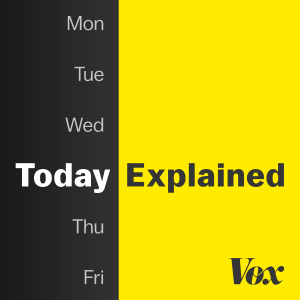 Other absurdities followed. In an Aug. 2017 podcast, Vox’s foreign editor claimed the Gaza Strip had once been controlled by the Kingdom of Jordan (it never was); that Israeli politician Avigdor Lieberman is the country’s foreign minister (he wasn’t at the time); and that “top-tier” hospitals in West Bank settlements don’t admit Palestinians (there are no such hospitals in settlements, only medical centers and clinics — at which Palestinians certainly do receive treatment). An online article that same month categorized the Arab-Israeli conflict as “one of the world’s longest-running, and most violent, political disputes,” though it was responsible for a mere 1/10 of one percent of the world’s conflict-related deaths a year earlier.

A piece by Max Fisher diminished the horror and injustice of a massacre of Hebron’s Jews at the hands of the city’s Arabs by casting it as an attack on “newcomers” by “natives,” basing his characterization on the false claim that the Jews, who were in fact part of an ancient Jewish community in the city, only began moving to their holy city around the turn of the 20th century. The same author had previously admitted to having “significantly under-counted Israeli deaths” in an overview about the conflict. Elsewhere, Vox has made the case that it is incorrect and inflammatory to refer to “radical Islamic terrorism,” though it sees it as perfectly kosher to refer repeatedly to “Jewish terrorism.”

In late July of this year, Vox turned to Miriam Berger to write about the conflict, only days after she had laughably insisted in a Newsweek story that the second intifada, a brutal wave of Palestinian violence against Israelis that began in 2000, was caused by Israel’s re-capturing of Palestinian cities in 2002. (As the chronology makes clear, the latter was actually caused by the former.) In her error-filled and one-sided Vox piece, Berger inaccurately contended, to name but one inaccuracy, that most of the international community says Israel “has been illegally occupying [the West Bank] since it seized the territory in 1967.” Even staunch critics of Israel acknowledge that occupations, including the one in question, are not illegal. (The New York Times has corrected two articles that made a similar claim. The Independent has done the same.)

The above errors have already been documented in various articles by CAMERA. But Vox’s pile of alternative facts has grown larger still this month. In an Aug. 6 piece about tensions between Israel and Gaza, Alex Ward told readers that the 2014 Gaza War began when “Israel started launching airstrikes on Gaza, and Palestinians responded by firing rockets into Israel.” Here is the relevant passage:

Israel started with airstrikes. Palestinians responded with rockets. It’s a familiar culprit for Vox readers. Except Ward is just making this up. The Israeli teenagers were kidnapped on June 12, 2014. As Israel scoured the West Bank in hopes of finding the teens, and arrested Hamas officials there, Hamas increased the frequency of its ongoing cross-border rocket attacks from Gaza, leading to Israeli reprisals. An even steeper increase in rocket fire prompted Israel’s operation Protective Edge on July 8. (Note, too, that the author refuses to confirm that Palestinians murdered the three students, and obscures with vague language the fact that Hamas wasn’t just “allowed to,” but actually did use a tunnel to attack Israel prior to the invasion.)

The historical record is well-documented in news reports from the time — including reports that Ward himself links to. For example, if you look at the image above of the Vox article, you’ll see the text “Israeli military invaded Gaza” in bold, blue font. That’s a link to a New York Times story, whose very first sentence shows that the airstrikes were meant to stop the rocket attacks: “Israeli tanks rolled into the northern Gaza Strip on Thursday night and naval gunboats pounded targets in the south as Israel began a ground invasion after 10 days of aerial bombardment failed to stop Palestinian militants from showering Israeli cities with rockets.”

And here, for example, is what Ward would have found if he had consulted AP’s frequent dispatches about the fighting: On June 11, a Palestinian rocket attack was followed by an Israeli airstrike. On June 18, there were five Palestinian rockets. Israel responded the following day with an airstrike. On June 22, AP reported that “Israel carried out airstrikes on four militant sites following rocket fire from Gaza into Israel, the army said.” On June 24, five rockets were fired from Gaza at Israel. “Israel responded” early the next morning with airstrikes, AP wrote. The following day a Palestinian rocket fell short in the Gaza Strip and killed a 3-year-old girl.  On June 25, AP reported that “There have also been near-daily rocket attacks from Gaza, prompting Israeli airstrikes in retaliation.”

And so on, and so on. On July 1, for example: “The crackdown in the West Bank has been accompanied by a spike in violence in Gaza. Israel unleashed a wave of airstrikes on Hamas targets overnight Tuesday in response to repeated rocket fire.”

July 3: “The Israeli military rushed additional forces to its southern border with the Gaza Strip on Thursday, vowing to halt a growing wave of rocket fire from the Palestinian territory.” Also July 3: “Tensions have been high since three Israeli teenagers were abducted in the West Bank on June 12, sparking a massive manhunt that ended with the discovery of their bodies early this week. Israel has blamed Hamas for the abductions and launched a crackdown on the Islamic militant group in the West Bank, drawing rocket attacks out of Gaza and Israeli airstrikes in a near-daily cycle of retaliation.”

July 8: “Throughout the unrest, Gaza militants have launched more than 200 rockets and mortars into Israel, including close to 100 on Monday alone. Israel has responded with dozens of airstrikes, but has not been able to halt the attacks.”

Vox isn’t explaining the news. It’s rewriting history. And, in essence, it is excusing Palestinian rocket attacks on Israeli civilians by portraying them as retaliation for Israeli airstrikes that, in reality, were launched to stop the Palestinian attacks.

Ward erred a second time when he claimed that Hamas’s victory in the 2006 Palestinian elections “prompted” a blockade on Gaza:

A short time after the Israeli withdrawal, the Islamist group Hamas, which formed in 1987 as a militant “resistance” group against Israel, won political power in Gaza in a 2006 US-backed election and took full control of the Gaza Strip.

This prompted Israel to institute a blockade of the flow of commercial goods into Gaza, on the grounds that Hamas could use those goods to make weapons to be used against Israel.

In fact, the Hamas victory didn’t change Israel’s trade and movement policies. It wasn’t until June 2007, over a year later and after two subsequent upheavals in the Gaza Strip, that Israel imposed such sanctions.

And even then, Israel did not (and could not) implement a “land…blockade” against the Gaza Strip. Israel, of course, controls its own land borders with the territory; it does not determine whether Gaza’s frontier with Egypt is open or closed. That’s decided by Hamas and Egypt.

More to the point, Gaza’s land crossings into Egypt, and even its crossings with Israel, remained open after the Hamas victory. The Rafah crossing was open virtually every day after the election and until the following June. It was subsequent events that caused increased border restrictions for the Gaza Strip, namely Hamas’s June 25 cross-border raid during which they kidnapped Gilad Shalit; and more significantly, Hamas’s violent takeover of the Strip in June 2007 after winning a bout of Hamas-Fatah infighting. It was then that Hamas took control of the Rafah crossing from the Palestinian Authority, and only then that Egypt and Israel each took steps to lock down their respective borders with Gaza.

The New York Times described the aftermath of the Hamas’s June 2007 takeover as follows:

After the takeover, Israel sealed its border crossings with Gaza, on the grounds that the Fatah forces had fled and were no longer providing security on the other side. Israel, like the United States and the European Union, lists Hamas as a terrorist group and will not deal with it.

Israel also decided to press Hamas by admitting to Gaza only the minimum amount of goods required to avert a hunger or health crisis among its 1.5 million people, and prohibiting most exports. Israel contends that its approach is working.

Vox has refused to correct Ward’s basic errors, just as it has refused to correct nearly all of the other errors described above. And that underscores the larger problem with the site. As troubling as it is to see explanatory journalism that feels more like improvisatory journalism, as unfortunate as it is to see so many entry-level falsehoods by reporters touted as “shepherds” who can guide readers to “insight,” and as curious as it is that inaccuracies about Israel tend to break in one direction, a serious news organization has editors who can weed out mistakes before they are published, or who will otherwise run corrections after they are brought to light.

Vox’s editors haven’t done either. And when editors pass on a needed correction, it means the errors are no longer “mistakes,” but policy. We must conclude that the want to guide readers to the mistaken belief that Israel doesn’t allow Palestinians into its hospitals, that Jews are alien to Hebron, that international law bans the occupation, and that Israel provoked Palestinian rocket attacks with airstrikes in 2014.

Vox journalists see themselves as shepherds. We’re left to wonder, by extension, how they view their readers.