In a New York Times’ article earlier this month alleging a five-year peak in Israeli settler violence against Palestinians, a key data point was that five Palestinians were killed by Israeli settlers in 2021, according to the United Nations (“As Violence Arises in the West Bank, Settler Attacks Raise Alarm“).

When asked to provide identifying details for the Palestinian victims allegedly killed in settler attacks, The New York Times this week refused to do so. There’s nothing classified or even sensitive about any of the details which would enable identification and independent verification — names, dates of death, ages or circumstances of the three alleged victims  information — so what exactly is the paper hiding? And why?

Notably, the article indicates that Jerusalem bureau chief Patrick Kingsley appears not to have learned lessons from the recent devastating fiasco in when he failed to carry out any independent verification before publishing a flattering feature falsely casting Islamic University’s Professor Refaat Alareer, a rabid antisemite, as a bridge builder. In December, the paper was compelled to publish a lengthy editor’s note completely undermining the article’s entire premise that Alareer teaches conciliation in his Gaza Strip classroom.

And yet, again this month, Kingsley neglected to carry out the necessary fact-checking, relying blindly on an unreliable source, this time unsubstantiated and disputed United Nations claims.

In his most recent story on ostensibly rising settler violence, Kingsley initially reported that five Palestinians were killed by settlers in 2021, according to the United Nations:

CAMERA contacted The New York Times, noting that two — not five — Palestinians killed by Israeli civilians in 2021 appear in the detailed fatalities database compiled by Israeli watchdog group B’Tselem.  In both cases, the Palestinians were reportedly carrying out attacks on Israelis when they were killed. One of the slain Palestinians was reportedly trying to break into a settler’s home, the other had attempted to stab the settlement security coordinator. Thus, both were perpetrators, and neither was a victim of settler violence.

Hi, @PatrickKingsley @nytimes. Did @ochaopt provide you w/details (names, dates) for 5 Palestinians it says were killed by settlers? How many of 5 were killed as they were carrying out attacks attacks against Israelis? OCHA conceals that info from public https://t.co/a2toTJq72X https://t.co/wusJ3zElGq 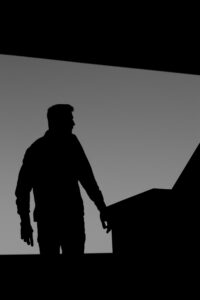 Unlike B’Tselem which provides details about the fatalities (names, dates, circumstances) enabling verification of the data, the United Nations’ Office for the Coordination of Humanitarian Affairs “Data on casualties” provides zero identifying details, and thus zero substantiation. Moreover, according to OCHA’s own definition, its figure for Palestinians killed by settlers “also includes Palestinians killed or injured during attacks or alleged attacks they perpetrated against Israeli settlers,” as CAMERA noted last December (“The U.N.’s Very Secret Data on Palestinians Killed in ‘Settler-Related Incidents’ and Media Disinformation“).
In December, OCHA failed to answer CAMERA’s request for the casualties’ details (names, dates) necessary for verifying whether they were killed in attacks carried out by settlers or whether they died as they carried out attacks against Israelis. Therefore, CAMERA asked The New York Times if it would obtain the data from OCHA and investigate the unverified and disputed U.N. statistics which the paper itself had already reported without challenge.
CAMERA pointed out to Times editors that if OCHA fails to transparently verify its data, The Times owes its readers an editor’s note making clear that a) the UN data could not be verified; b) B’Tselem, which is highly critical of Israeli activity in the West Bank, documented two (not five) Palestinians killed by Israeli citizens, and both Palestinians were engaged in hostilities when they were killed; and c) even according to OCHA, the figure includes an undisclosed number of Palestinian attackers killed as they carried out attacks.
In response to this request, The Times pressed OCHA for more information and as a result, editors subsequently inserted the following update to the digital article:

[Update, Feb. 22, 2022: One of the five Palestinians was killed in self-defense, and one in unresolved circumstances, according to the U.N.]

But this update leaves gaping holes in the UN’s data; the names, dates and circumstances of those Palestinians said to have been killed by settlers still have not been publicly disclosed. The lack of transparency makes the information impossible to verify.
Who were the three allegedly killed by settler violence, not in circumstances of self-defense? What are the victims’ names and dates of death? Why the secretiveness?
When further pressed for this data, The Times stonewalled:

The U.N. gave our reporter the age of the victim and the location, date and circumstances of the incidents. As the thrust of the story is not about a single event or individual’s death, we are not pursuing the individuals’ names.

In other words, The Times does not know and has not checked whether the dubious U.N. claims are true. Nor does it have any intention of doing so. CAMERA requested the ages, locations, date and circumstances, and as of this writing, has yet to receive this information from The Times.
If the U.N. data on fatalities is baseless and can’t be substantiated, then what about its data for injured Palestinians? Indeed, what other pieces of information in the article were not properly fact-checked and perhaps require clarification, further eroding the article’s premise about rising settler violence and failure to prosecute settlers for attacks against Palestinians?
Separately, The Times this week covered Calcalist‘s crumbling “investigation,” that is reporting by the Israeli business journal which, without producing a shred of evidence, levelled the explosive —and completely unsourced — charge that Israeli police employed advanced technology from Israeli cyber firm NSO Group to illegally spy on large numbers of Israelis, among them protest leaders, civil servants, business figures and those connected to former Prime Minister Benjamin Netanyahu’s corruption trial (“Israel Police Says Didn’t Hack Civilians Without Court Approval“).
About that now largely refuted report, The Times quoted Israeli investigative journalist Mordechai Gilat who wrote: “What was published was not a journalistic investigation, nor a cousin of a journalistic investigation, nor even a distant relative.”
In his Haaretz Op-Ed, Galit further slammed the Calcalist for reporting unverified claims as fact:

And I thought innocently that the paper’s journalists conducted a comprehensive investigation and already revealed the truth. I was wrong. I never imaged that the paper wouldn’t do this before publication. I never imagined that it would leave the real journalistic work to others.

Like the Calcalist, The New York Times published first and never investigated, leaving CAMERA with the real journalistic work of fact-checking. In November, CAMERA Arabic uncovered that Kingsley’s supposedly bridge-building literature professor was in reality a fulcrum of hatred in the classroom. Now, CAMERA actively pursues the veracity of the U.N. data, as The Times runs hard and fast in the opposite direction, affirming, “we are not pursuing the individuals’ names.”
Is The Times afraid that once again Kingsley’s story won’t check out?