Much has been written about the social justice wars being fought in the halls of academe – the university courses and programs in the classics targeted as foci of Eurocentrism, racism and white supremacy to be dismantled; professors who leave academia because of its increasingly repressive climate; and the illiberal atmosphere in which dissent to “progressive” dogma informed by critical race theory (CRT) is muzzled.

Pamela Paresky, a visiting scholar at the University of Chicago’s Stevanovich Institute on the Formation of Knowledge, indicates that “despite its laudable goal of opposing racism and white supremacy, CRT relies on narratives of greed, appropriation, unmerited privilege, and hidden power.”

With narratives evocative of the anti-Semitic tropes and conspiracy theories that have been used against Jews for centuries, it’s no surprise that CRT provides a convenient guise from which to attack Jews today. As Paresky notes, “the subtlety is that, instead of targeting Jews directly, the target of critical social justice is ‘whiteness’.”

A case in point is the public dispute over the legacy of Heinrich Schenker, a Jewish music theorist from Galicia who lived in the late 19th and early 20th century. 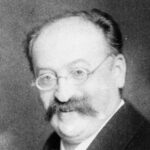 In Autumn 2019, Hunter College Professor Phillip Ewell, who describes himself as a black practitioner of “white music theory,” addressed the annual meeting of the Society for Music Theory with a critical-race analysis of the field to explain how black musicologists are disadvantaged. His plenary speech appeared later as an expanded article entitled “Music Theory and the White Racial Frame,” a central theme of which accused Schenker of being a fervent racist and admirer of Hitler who shared the Nazis’ ideology of biological/genetic supremacy. This ideology, contended Ewell, imbued Schenker’s music theory with the hierarchical belief of inequality that guided his racial supremacist view, joining his musical and supremacist theories into a cohesive, racist worldview.

Schenker’s musical analysis, Ewell stated, constituted an “institutionalized racialized structure,” comprising a white racial frame designed to benefit the dominant white race of music theory. According to Ewell, this structure is maintained through Schenker’s students and subsequent generations of Schenkerian scholars “whitewashing” the music theorist’s racist views and separating them from his musical theory. Ewell’s critical race analysis thus precludes any future defense of the man and his legacy by characterizing any difference of opinion about Schenker, a priori, as complicit in the perpetuation of racism.

Nonetheless, Dr. Timothy Jackson, a tenured music theory professor at the University of North Texas who founded the University’s Journal of Schenkerian Studies and its Center for Schenkerian Studies took exception to what he saw as a case of character assassination. And so Jackson and other Schenkerian scholars at the university put out an open call for papers responding to the attack on Schenker and Schenkerian studies. They devoted part of the July 2020 edition of the Journal to a symposium of responses, which included both articles that supported Ewell’s position and that opposed it.

Jackson’s own article sharply refuted Ewell’s arguments. While Schenker had started off as a German elitist and patriot with cultural superiority views typical of Germans during the Great War period, Jackson pointed out, those views evolved and Schenker categorically rejected the Nazis’ racist ideology. Jackson believed Ewell was “scapegoating” Schenker and his students, most of whom were German Jewish refugees, and argued that Ewell had distorted history by erasing the music theorist’s proud Jewish identity, faith, and the discrimination he suffered for being a Jew ― which necessarily precluded any admiration for Nazi ideology.

He  pointed to Ewell’s alteration of certain German-language passages, which were removed from their context or otherwise misconstrued, to provide proof of Schenker’s overriding racism. (In a subsequent article, The Schenker Controversy, Jackson further detailed how quotes were manipulated in Ewell’s article to paint Schenker as “a virulent racist” akin to German Nazis and American white supremacists). Jackson tied these charges of racism against Schenker to larger currents of Black anti-Semitism that holds Jews as white supremacists at fault for Black suffering.

As a result of his critique of Ewell’s paper, Jackson was pilloried on social media. The Society for Music Theory condemned the journal’s symposium of responses to Ewell’s claims as designed to “replicate a culture of whiteness.” A censure resolution signed by more than 900 professors and graduate students accused both the symposium and Jackson of promoting anti-Black racism. There were calls for the dissolution of the journal. The University of North Texas ordered an investigation of Professor Jackson and the use of the journal to publish the symposium. Jackson was removed from the magazine and funding ceased for the Center of Schenkerian Studies that he directed. The professor became a pariah among his fellow faculty members and graduate students, many of whom left him, fearing negative repercussions for their future employment prospects were they to complete their dissertations under his supervision.

The targeted professor, in turn, filed a federal lawsuit against faculty members and a graduate student for defamation of character and against the university for retaliating against his right to academic free speech.

The theme of Jewish supremacy was a mainstay of Nazi indoctrination.

Although this case is certainly not the first to pit scholars against those who use critical race theory to discredit classical studies, it does demonstrate the ease with which anti-Semitic tropes of supremacy and racism are incorporated into trending ideologies – often with adherents unaware of the sordid history behind these tropes.

The theme of Jewish supremacy was a mainstay of Nazi indoctrination. The age-old anti-Semitic canard about Jews seeking to dominate the world’s non-Jews was popularized in the fraudulent Protocols of the Elders of Zion and resurrected by the Nazis who promoted it as incontrovertible truth. Similarly, the Nazis projected their own racism – the notion of the racial superiority and purity of the Aryan race – which was central to their Weltanschauung and lauded as its aspirational goal, onto Jews.  In this way, the Nazis falsely accused Jews of the evil and immorality that was at the core of their own ideology: They imposed upon their subjects their belief of German supremacy while accusing Jews of being supremacists. They aspired to Aryan racial purity while accusing Jews of being racists.  For example:

“With every means [the Jew] tries to destroy the racial foundations of the people he has set out to subjugate.” (Adolf Hitler, Mein Kampf)

“Jewry is a fanatic proponent of racial theory…” (Reichspropagandaleitung’s monthly bulletin for speakers, 1935)

“The Jews are one of the most racially conscious peoples… Leading Jews have always stressed the importance of race and racial purity … His parasitic nature led the Jew to hold his own race pure, and to strike other races at the core of their being, their racial nature … ” (SS Handbook on racial policy, 1943)

Schenker, of course, was not being targeted as a Jewish supremacist, but as a white supremacist and racist. His Jewish identity was erased from the charges against him. Indeed, accusations of white supremacy against Jews necessitates the erasure of their non-white, Jewish identity and the accompanying context of anti-Jewish bigotry. Paresky explains:

“Jews, who have never been seen as white by those for whom being white is a moral good, are now seen as white by those for whom whiteness is an unmitigated evil. This reflects the nature of antisemitism: No matter the grievance or the identity of the aggrieved, Jews are held responsible. Critical race theory does not merely make it easy to demonize Jews using the language of social justice; it makes it difficult not to.”

This raises the question of whether a malignant history of anti-Semitism must automatically shield any Jew from criticism. Is no Jew capable of racism? Has no Jew ever committed evil? The answer is obvious. Anyone guilty of transgressing moral codes should be criticized and denounced for their misdeeds.

But allegations that evoke dangerous, anti-Semitic tropes of supremacy and racism must be made scrupulously, with clear-cut, direct evidence that takes into account the context of the accused’s crimes and their circumstances as Jews: Are those being accused of supremacy and racism being singled out for vilification that is disproportionate to their deeds? Are they themselves the subjects of bigotry and discrimination?

CRT proponents reject racial colorblindness as a form of racism. In fact, Professor Ewell himself maintains that “colorblind racism is the most significant form of racism in music theory’s white racial frame and has been used for decades to dismiss those who wish to cite our racialized structures and ideologies.” Erasure of the Black identity of musicians, he says, “allows for music theory’s white-framed theorist to appear to be on the right side of racism, while allowing the very same racialized structures, put in place to benefit white persons, to remain foundational in the field without appearing racist.”

Allegations that evoke dangerous, anti-Semitic tropes of supremacy and racism must be made scrupulously, with clear-cut, direct evidence that takes into account the context of the accused’s crimes and their circumstances as Jews.

Ironically, many of those who treat “colorblindness” as a form of racism  do not view “Jew blindness” similarly. Quite the contrary.

Depicting Jews as white supremacists while erasing their unique experiences of discrimination paves the way for their targeting under the more acceptable aegis of social justice.

That was the case in May 2020, when, against a backdrop of legitimate protests against the killing of George Floyd, the local leader of the LA chapter of Black Lives Matter called for “an uprising, a rebellion, a revolt” through Fairfax, an orthodox Jewish enclave and the oldest Jewish neighborhood in Los Angeles. Businesses were vandalized and looted and some of the area’s synagogues were defaced with spray-painted obscenities and anti-Israel slogans, provoking fear and apprehension among the neighborhood’s Jewish residents and business owners. The leader explained in a radio interview shortly afterwards why that specific neighborhood was targeted:

“We were very deliberate in deciding to disrupt spaces of white affluence. We want to make sure that it’s not just black people who are suffering at the hands of white supremacy…”

By painting a predominantly Jewish community as a bastion of white supremacists, the rioters could deflect and challenge accusations of anti-Semitism against them. In their minds, they were fighting a battle of good against evil, of social justice against white supremacy.

And so it was in the battle over Schenker. Among the charges leveled on social media against Jackson, whose Jewish grandparents fled persecution in Europe and whose family members perished in the Holocaust, was that he is not only an anti-Black racist but one motivated by “a disguised form of anti-Semitism.”

The attacks against Jackson were meant to shut down academic debate about Schenker’s legacy, while leaving the relevance of the Galician music theorist’s Jewish identity unanswered. Any question of Schenker’s Jewish experience negating the characterization of him as a white supremacist was dismissed as evidence of the questioner’s own white supremacy and racism, thus keeping alive the anti-Semitic trope without resolving the question.

Professor Jackson resolved the question by exploring Schenker’s Jewish identity and its impact on the accusations against him. He observed that while Schenker was a complex person with human foibles, he was certainly not the racial supremacist he was accused of. In the absence of the “nuance, context and complexity” of historical inquiry, he noted, such accusations are meant “only to condemn and denounce.”

Whatever the motivation behind such charges, one thing is certain: the vilification of Jews as racists and supremacists, disproportionate to their actions and stripped of context or nuance, is yet another iteration of an all-too-familiar anti-Semitic trope.

An abridged version of this article appeared in JNS on May 20, 2022.