Credit where credit is due.

The World Council of Churches, which has a spotty history when it comes to dealing with the underlying causes of the Arab-Israeli conflict in the Middle East and, more specifically, problems in Palestinian society that hinder the prospects of peace in the Holy Land, has done a good thing.

It has issued a statement calling on the Palestinian Authority to rein in violence against Christians in the West Bank. It doesn’t specifically declare that the perpetrators of said violence are Palestinians, but given the context, it’s clear that this in fact the case.

Interestingly enough, the WCC cites a well-known Zionist website, IsraellyCool, as one of its sources of information.

This is frankly astounding. 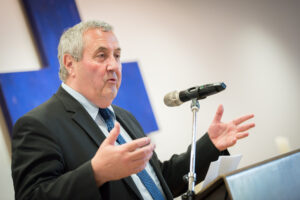 The WCC did these things in a statement issued on Feb. 3, 2022 titled, “WCC expresses concern about violence against Christians in Palestinian Authority areas.” Citing numerous sources, the statement issued by Rev. Prof. Dr. Ioan Sauca, the organization’s acting General Secretary, details a number of troubling attacks on Christians in the West Bank and calls on the Palestinian Authority “to ensure justice and dignity for all citizens.”

The WCC cites a Jan. 24, 2022 attack on Father Justinus, of Jacob’s Well Monastery, Nablus by unknown assailants and the Jan. 28, 2022 attack on Daoud and Daher Nassar, proprietors of the Tent of Nations. To document the attack on the Nassars, the WCC cited an article by IsraellyCool available here. The IsraellyCool article states explicitly, “The attackers were almost certainly [P]alestinian Muslims, since they came from the village of Nahalin.”

Sauca “called on the Palestinian Authority to uphold the law, prosecute the perpetrators, and take steps to ensure that no such attacks occur in the future.”

Citing an account in the Palestinian press, the WCC’s Acting General Secretary added that “The WCC takes note of the statement by the Palestinian Authority’s Higher Presidential Committee for Church Affairs in Palestine, condemning the attacks and promising legal and protective action.  WCC, while sending prayers for a speedy recovery to those who were injured in the attacks, continues to monitor the situation, and looks for implementation of the commitment by the Presidential Committee that ‘legal measures will be taken to guarantee the rights of all.’”

It’s important not to read too much into this statement. It remains to be seen if it represents a blip in the WCC’s overall messaging or is part of a long-term pivot away from its tendency to blame Israel for the suffering in the Holy Land. It could in fact be a short-term response to the blowback the WCC got from retailing a distorted narrative offered by the heads of churches in Jerusalem about Christians in the Holy Land.

Still, credit where credit is due.