“The goal of the Los Angeles Times is to publish news and information of the highest quality,” says the paper’s Ethics Guidelines. “The standards outlined here apply to all editorial employees and to the work they produce for The Times, whether it appears in print, on the Web, on social media, on television or on any other platform.”

There is no wiggle room in this June 2014 document: Los Angeles Times‘ employees social media activity must be “above reproach.”

Furthermore, the guidelines state: “A fair-minded reader of Times news coverage should not be able to discern the private opinions of those who contributed to that coverage, or to infer that the organization is promoting any agenda.”

A recent tweet by Times’ White House correspondent puts that eight-year-old document to the test.

In a blatantly false tweet yesterday, Times reporter Eli Stokols exposed both his bias and his ignorance: “AIPAC trying to take out Jewish Dem ⁦@Andy_Levin in primary because he backs a two-state solution — while supporting pro-Israel Rs who wouldn’t certify the 2020 election.”

There is—or should be—a difference between attack ads and journalism.

This Tweet by an LA Times White House reporter is more the former than the latter. pic.twitter.com/XyiFViygsr

On her campaign website, Stevens describes her support for a two-state solution, “a democratic Jewish State of Israel, and a viable, democratic Palestinian state, living side-by-side in peace,” as well as her opposition to the “boycott, divestment and sanctions” movement against Israel. (Emphasis added.)

Stokols is married to Elena Schneider, who authored the Politico article. One wonders whether he bothered to actually read his own wife’s article before tweeting so recklessly and “cast[ing] a shadow on The Times’ reputation,” as his paper’s 2014 ethics code puts it.
Furthermore, had Stokols’ invested any time into doing his own independent due diligence checking into the candidate’s position regarding a two-state solution, he would have found Stevens’ vote in favor of, and co-sponsorship of, House Res. 326 (2019) which is entirely about US support for two-state solution. Or, he might have noted Stevens’ tweets explicitly stating her support for the two-state solution.

Make no mistake about it: a strong and enduring partnership between the United States and the State of Israel is paramount to our interests at home and abroad. Bipartisan support for Israel and a two-state solution promotes lasting peace and democracy in the Middle East. 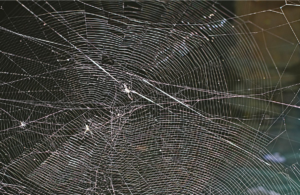 “Investigative reporting requires special diligence with respect to fairness,” reminds The Times’ 2014 voice from the past. “Those involved in such work should bear in mind that they are more credible when they provide a rich, nuanced account of the topic. Our coverage should avoid simplistic portrayals.”
A “principled news organization” in pursuit of “information of the highest quality” and shunning “simplistic portrayal.” Is this The Los Angeles Times’ character today? Or did it shed that ethos somewhere along the way during the last two election cycles?
Editors should recall the wise words some newspaper officials once wrote:

Credibility, a news organization’s most precious asset, is arduously acquired and easily squandered. It can be maintained only if each of us accepts responsibility for it.

CAMERA contacted The Times yesterday seeking correction. If none is forthcoming, than the 2014 lofty ethical guidelines are nothing more than a dusty chapter in the annals of Times history and the paper’s credibility is one more casualty of journalistic decay.