At the same time, China has sought to remain a friend to Israel – which both Saudi Arabia and Iran regard with hostility – partly to avail itself of the country’s cutting-edge technologies.

Saudi Arabia’s view of Israel has warmed in recent years, precisely because of their common foe, Iran. That warming has found expression in, for instance, the recent opening of Saudi air space for Air India flights to Israel. As AP reported Dec. 10, 2018:

Saudi Arabia broke a decades-long ban on the use of its airspace for flights to Israel last spring, when it allowed India’s national carrier to cross its skies.

And as AP reported on May 16, 2018 (“Gulf Arab states rebuke Israel, but alliances inch closer“):

In March, just as the weekly Gaza protests were getting underway, the crown prince met with pro- Israel Jewish American leaders, where he was quoted by Axios, an online newsletter focused on Washington politics, as saying the Palestinians should accept the proposals or “shut up and stop complaining.” The prince later appeared to acknowledge Jewish claims to Israel, telling The Atlantic that Israelis “have the right to have their own land.” 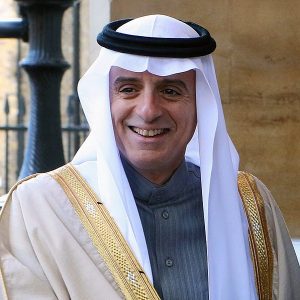 In response to communication from CAMERA, AP yesterday commendably removed the anachronistic reference to Saudi hostility towards Israel. The revised text now states:

At the same time, China has sought to remain a friend to Israel – which Iran regards with hostility – partly to avail itself of the country’s cutting-edge technologies.