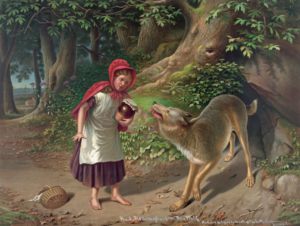 The villain’s threat, you see, is that he is a settler, hailing from Kfar HaOranim, a community just across the armistice line that separated the Jordanian occupied West Bank from Israel between 1948 and 1967. (Because this community is between the Green Line and the large ultra-Orthodox settlement of Kiryat Sefer, it was always, under every peace agreement including the Geneva Accords, slated to be included in Israeli territory. But in face of the dire situation, pay no attention to the meddling geographic details.)

The AP’s tweet about the story gives a neat summary of the imminent collapse of all law and order due to the appointment of one Herzi Halevi: “A West Bank settler will for the first time become chief of Israel’s military, the enforcer of a 55-year military occupation. Maj. Gen. Herzl Halevi’s rise caps the settlers’ transformation from a fringe group to Israeli mainstream.”

As we know, Twitter’s limited space can never do a story justice. So here’s a more full look at how Goldenberg kicks off her grim tale:

Israel’s military has long had a cozy relationship with Jewish settlers in the West Bank. Those ties are about to deepen.

For the first time, a settler will serve as chief of staff of Israel’s military, becoming the enforcer of Israel’s open-ended occupation of the West Bank, now in its 56th year.

Maj. Gen. Herzi Halevi’s nomination was approved on Sunday and he is expected to begin his three-year term on Jan. 17.

Halevi’s rise caps the decades-long transformation of the settler movement from a small group of religious ideologues to a diverse and influential force at the heart of the Israeli mainstream whose members have reached the highest ranks of government and other key institutions.

Critics say the settlers’ outsized political influence imperils any hope for the creation of an independent Palestinian state and endangers the country’s future as a democracy. They say Halevi’s appointment lays bare just how interconnected settlers and the military truly are.

“It isn’t surprising that we’ve come to a point where the chief of staff is a settler too,” said Shabtay Bendet of the anti-settlement watchdog group Peace Now.

Back to reality. The government — not the army — sets Israel’s political agenda, and thus the notion that even the most senior settler soldier can shape can policy this way or that is absurd. But even if we step into Goldenberg’s fantasy space in which army generals set diplomatic policy, the intrepid reporter is still wrong.

The irony is that hypothetically assuming that Halevi was able and inclined to throw around political weight, he would likely pitch it away from the “fringe” right-wing positions that Goldenberg marked out. According to the official voting record of Kfar HaOranim, the settlement where Halevi lives, his fellow residents are overwhelmingly aligned with the political bloc that does not represent the settlement movement.

But instead of doing any actual reporting, by for instance checking the voting record (a task that took this writer all of 10 seconds) or  — heaven forfend! — visiting the proverbial pack of wolves residing smack in between Jerusalem and Tel Aviv and just two seconds over the Green Line to question them on their views, AP’s Goldenberg opted for stereotypes and supposition.

Indeed, rather than asking Kfar HaOranim residents what drew them there, she guesses — which is bad enough in journalism. They “might have been drawn by cheaper housing prices” she speculates, with zero fact-checking:

Many of those moving to Kfar HaOranim might have been drawn by cheaper housing prices in a central location between Jerusalem and Tel Aviv, rather than a radical ideology. Yet choosing to live in a settlement often indicates even some nationalist political inclination. Many Israelis are still hesitant to visit parts of the West Bank.

Compounding her sin, she guesses wrongly, suggesting that “nationalist political inclination” was the likely driving force behind her subjects’ choice of residence.

While Goldenberg can’t be bothered to speak with any residents of Kfar HaOranim, she does reach out to former PLO advisor Diana Buttu and even gives her the final word:

Diana Buttu, a Palestinian commentator, said having a settler as chief of staff raises concerns that the military’s conduct toward the Palestinians will worsen, further entrench Israel’s occupation and make the creation of a Palestinian state all the more unlikely.

“There’s this fiction that people in the international community seem to have that somehow there’s Israel and then there’s the settlements — as though they are separate and apart from one another,” she said. “But really, in reality, we see that it’s all one.”

How fitting that Goldenberg’s fictional account casting Halevi as a settler bogeyman closes with confirmation from none less than the factually–challenged “Rockets Have No Explosive Heads” Buttu, who dutifully affirms the supposed dark rise of the dangerous settlers taking over Israel.

Indeed, with her facts-be-damned, predetermined Kfar HaOranim settlement fabrication, the AP journalist in name only unmasks herself as nothing more than a Buttu-style propagandistic spinning silly tales.