CAMERA has frequently documented the phenomenon of what we call “lost in translation,” wherein a media outlet mistranslates its own reporting from another language. Agence France Presse, for instance, once called the Brussels Jewish museum terrorist a “very polite Frenchman” in English, but not French. Reuters in Arabic, but not in English, misidentified a kibbutz in northern Israel a “settlement.”  And on countless occasions, Haaretz‘s English edition whitewashed, downplayed or omitted information which appeared in the Hebrew edition concerning Palestinian or Arab wrongdoing or violence, and also introduced misinformation smearing Israel that did not appear in the Hebrew edition.

But this week The Jerusalem Post gave new meaning to “lost in translation.” Its “mistranslation” did not take place across two different languages, but from an accurate and careful English article to the accompanying sloppy and overreaching English headline (“Israel’s Mossad bombed German, Swiss firms to stop Pakistani nukes – report“).

Nevertheless, the story begins in German, with a Swiss newspaper report which suspected Israel’s Mossad of bombing European firms in order to stymie Pakistani efforts at developing a nuclear weapons program (“The decisive jump-start for Iran’s nuclear program came from Germany and Switzerland – the USA and probably also Israel resisted in vain,” Jan. 2, 2022, translation from German by InfoEquitable, emphasis added).

In his article, The Jerusalem Post‘s Benjamin Weinthal faithfully recounted the Swiss media investigation, noting that Neue Zürcher Zeitung suspected Mossad culpability, but did not confirm it. He accurately wrote:

The prominent Swiss daily Neue Zürcher Zeitung (NZZ) first reported on the findings on Saturday. According to the paper, “The suspicion that the Mossad might be behind the attacks and threats soon arose. For Israel, the prospect that Pakistan, for the first time, could become an Islamic state with an atomic bomb posed an existential threat.” . . .

The paper quoted the Swiss historian Adrian Hänni who said the Mossad was likely involved in the bomb attacks of Swiss and German companies, adding, however, there was no “smoking gun” to prove the Mossad carried out the attacks.

Suspected Mossad agents allegedly took action in Switzerland and Germany against the companies and engineers involved in aiding Pakistan. . . .

According to the NZZ, “A few months after the unsuccessful intervention of the American state department in Bonn [then-capital of West Germany]  and Bern, unknown perpetrators carried out explosive attacks on three of these companies . . . ”

As noted, The Jerusalem Post reporter accurately translated excerpts from the German-language report pointing to suspicions about Mossad responsibility. NZZ had reported (translation into English provided by InfoEquitable):

A few months after the unsuccessful intervention of the U.S. State Department in Bonn and Bern,unknown perpetrators carried out explosive attacks on three of these companies: on February 20, 1981, on the house of a leading employee of Cora Engineering Chur, on May 18, 1981, on the factory building of the Wälischmiller company in Markdorf, and finally, on November 6, 1981, on the engineering office of Heinz Mebus in Erlangen. In all three attacks, there was only property damage; the only person killed was Mebus’s dog.

The explosive attacks were accompanied by several telephone calls in which unknown persons threatened further delivery companies in English or in broken German. Sometimes the caller ordered the threats to be tape-recorded. “The attack we perpetrated against the Wälischmiller company can also happen to you” – for example, the secretary’s office of Leybold-Heraeus was intimidated. Siegfried Schertler, then owner of VAT, and his chief salesman Tinner were called several times on their private lines. Schertler also stated to the Swiss Federal Police that the Israeli secret service had contacted him. This emerges from the investigation files, which the NZZ was able to view for the first time.

Indications of a secret service

The suspicion that Mossad might be behind the attacks and threats soon arose. For Israel, the prospect that Pakistan might be the first Islamic state to possess a nuclear bomb posed an existential threat. …
For contemporary historian and intelligence expert Adrian Hänni, Mossad involvement is probable. Although a “smoking gun” is missing for conclusive proof, the attacks bear an intelligence signature. Hänni says that there is a striking similarity with the pattern of a series of explosive attacks carried out by the Israeli secret service in Western Europe two years earlier in connection with Iraq’s nuclear program. (Emphases added.) 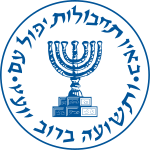 The problem arises with The Jerusalem Post‘s headline, which states as fact that the NZZ article determined, as opposed to speculated, Mossad responsibility for the attacks. Dropping all qualifying language pointing to “suspicion,” “probably,” or “alleged,” The Post‘s categorical headline misleads: “Israel’s Mossad bombed German, Swiss firms to stop Pakistani nukes — report.”
CAMERA contacted The Post to point out that the journalist’s accurate reporting does not substantiate the overreaching headline. Without further explanation, The Jerusalem Post responded that it stands by the headline.