Last week we noted that an article by BBC Technology published on the BBC News website’s ‘Middle East’ page on April 23rd used an unrelated photograph taken in Hebron to illustrate an otherwise reasonable report.

BBC News illustrates a report about Israel with an irrelevant image

CAMERA UK made a complaint on that issue but has yet to receive a reply. Nevertheless, the photograph was subsequently replaced with a more appropriate one on or about April 28th. 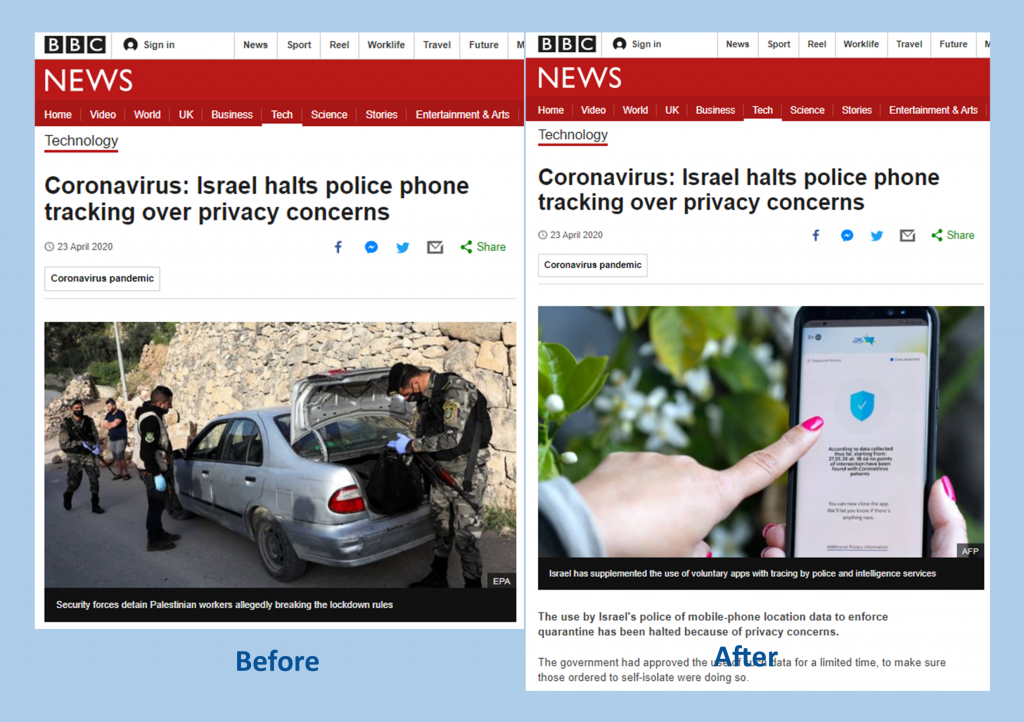 On May 7th we received the following reply: