After FIRE was informed of the problems detailed here, the organization corrected its piece so that it no longer claims any criticism of Israel would be deemed antisemitic under the relevant legislation. See below for a detailed update.

A slightly different version of this article was originally published at Jewish News Syndicate on July 26, 2022.

Earlier this year, the Foundation for Individual Rights and Expression (FIRE) published a piece explaining its opposition to the legislative adoption of the International Holocaust Remembrance Alliance (IHRA)’s working definition of antisemitism.

Unfortunately, FIRE’s position appears to be based on an understanding of the IHRA definition that is directly contradicted by what the definition actually says.

Writing in the context of the American Association of University Professors’ statement opposing the adoption of the definition by the state of Florida, FIRE states: “While the AAUP consistently opposes legislation restricting how race and sex can be taught on college campuses, its opposition to legislation that defines anti-Semitism to include any criticism of Israel is a new and welcome development” (emphasis original).

The claim that any criticism of Israel is considered antisemitic under the IHRA definition is false. The definition itself makes this very clear. In part, it reads: “Manifestations might include the targeting of the State of Israel, conceived as a Jewish collectivity. However, criticism of Israel similar to that leveled against any other country cannot be regarded as anti-Semitic” (emphasis added). The Florida law adopting the definition includes virtually identical language.

As the IHRA further explains, the “overall context” of a statement about Israel must be taken into consideration when assessing whether it crosses into the realm of antisemitism.

The Supreme Court reversed the Eleventh Circuit, holding, “Although it is true the disputed word will not always be evidence of racial animus, it does not follow that the term, standing alone, is always benign. The speaker’s meaning may depend on various factors, including context, inflection, tone of voice, local custom and historical usage. Insofar as the Court of Appeals held that modifiers or qualifications are necessary in all instances to render the disputed term probative of bias, the court’s decision is erroneous.”

For example, when “criticism” of Israel takes the form of typical antisemitic tropes, like depicting Israeli soldiers drinking the blood of non-Jews or harvesting their organs, that is not legitimate criticism. It’s simply repackaging the blood libel and applying it to the Jewish collective that is Israel. 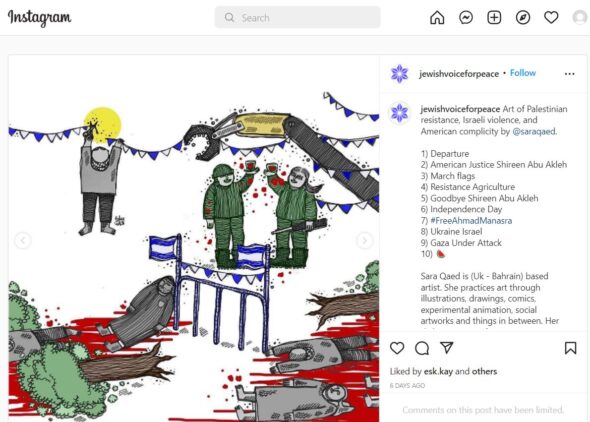 When “criticism” of Israel holds that a Jewish state shouldn’t exist, but no objection is made to the existence of any other nation-state in the world, that is not legitimate criticism. It’s applying a double standard on the basis of Israel’s Jewish character.

FIRE has played an important and admirable role in American society, standing up for one of our most important democratic values. It’s perplexing that the group’s position on the IHRA definition rests on an obvious factual error.

Hopefully, the organization will issue a correction. Efforts to protect our freedom of speech and expression should be based on an honest discussion of what is and isn’t at stake.

After CAMERA reached out to FIRE regarding the erroneous description of how criticism of Israel is treated under the IHRA definition of antisemitism, the organization published the following correction:

Editor’s note: This post originally stated that any criticism of Israel would be antisemitic per this legislation. This characterization was incorrect: The law states that “criticism of Israel that is similar to criticism toward any other country may not be regarded as anti-Semitic.” Accordingly, the post has been corrected to reflect this provision.

We commend FIRE for issuing this correction.