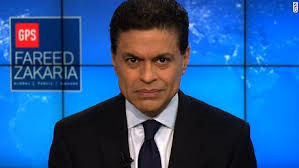 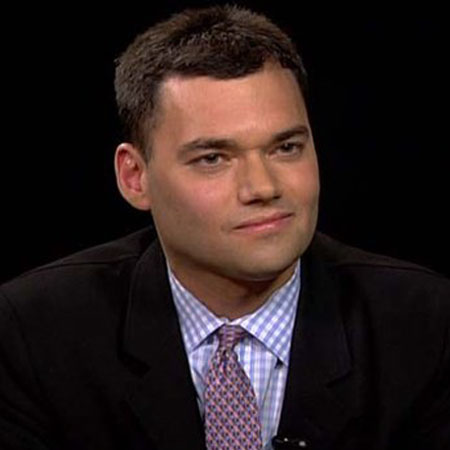 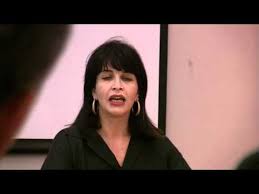 The discussion was unbalanced. Of the three participants (host and two guests), only one, Einat Wilf, author and former member of the Knesset (Israel’s parliament), does not characteristically oppose Israeli policies. Guest Peter Beinart, author and commentator, is a persistent critic of the Jewish state who has routinely authored error-laden commentaries disparaging Israel’s policies toward the Palestinians. Beinart was allowed to dominate the discussion time-wise and have the final word.

In his introductory comments, Zakaria darkly claimed that there is a question “about the legality of that gift [President Trump’s proclamation recognizing the Golan Heights as part of Israeli territory].” However, he failed to elaborate on what he meant by the “legality” question. Presumably he expected that his quests would pick up on it but that didn’t happen.

Beinart criticized the recognition of Israel’s sovereignty in the Golan, “[While] nobody thinks that Israel is going to give back the Golan Heights to Syria during a civil war… there are two dangerous precedents. The first is the notion that if you take territory by force, you can keep it, which the Russians are already saying is a precedent for what they’ve done in Crimea. The second is the precedent that Israel might apply this to the West Bank to annex parts of the West Bank, settlements in the West Bank.”

Wilf challenged this, “The only precedent that was set was that Syria and other Arab actors were allowed to operate for decades with zero consequences for aggression. Syria could invade Israel, refuse to recognize Israel, refuse to set an international border, use the plateau of the Golan Heights in order to shell down on Israeli civilians, host terrorist organizations that were responsible for some of the worst attacks on Israeli civilians.”

Indeed, Beinart, indulged by Zakaria, had falsely equated Israel’s defensive action to Russia’s aggression in its seizure of Crimea.  As to the West Bank – Judea and Samaria – it was part of Israel originally plus the “precedent” doesn’t seem to be needed. Clearly, it would have been out of character for Zakaria to inform viewers that the historical/biblical record shows that Israel  likely has the strongest claim to ownership of the Golan; likewise as to the reality of the West Bank.

Beinart responded to Wilf here by claiming that the proclamation “was a blatant American interference in the Israeli election … if we want people to stay out of our elections, we should stay out of their elections.” (Beinart here had the last word of the discussion).

This would seem like generally good advice although overstated (at the least) or even misplaced in this instance. This advice seems applicable to the 2015 Israeli election. The interference, at that time intended to hurt the chances of the prime minister, has been documented. Unsurprisingly, there’s no indication that Beinart has ever complained about U.S. interference in that Israeli election.

The historical/biblical reality of the Golan is that the ancestors of today’s Jewish Israelis resided in the Golan long before any Arabs arrived in the area. Evidence of this is found in the Bible; references to the Golan are contained in Deuteronomy 4:43, Joshua 20:8, Joshua 21:27 and 1 Chronicles 6:56. The region known today as the “Golan Heights” was a part of the area of Bashan in the territory assigned to the Israeli tribe of Manasseh thousands of years ago.  Furthermore, there is no reason to believe that these ancestors ever willingly relinquished their rights to the land.

Zakaria’s point of legality likely refers to the claims that Israeli sovereignty over the Golan Heights violates international laws and resolutions condemning the acquisition of territory by war. But these condemnations apply only to offensive wars. Israel had seized the Golan in the defensive Six-Day War of 1967. The Syrian military had repeatedly used it to shell the Galilee area of Israel from the Golan high point putting Israeli population centers in jeopardy. Currently, if Israel were to lose control of the Golan, the area would be undefended against the predations of Iran which is intent on destroying the Jewish nation-state.

As legal scholar Alan Dershowitz observed recently, “No country in history has ever given back to a sworn enemy, militarily essential territory that has been captured in a defensive war” (Alan M. Dershowitz, “Trump Is Right about the Golan Heights,” Gatestone Institute, March 30, 2019).

CNN has a long record of misleading viewers about Israel

CNN’s Chief International Correspondent and Global Affairs Anchor Christiane Amanpour, like her CNNI co-star Zakaria, is a veteran at misleading viewers about Israel. In 2014, Amanpour misled viewers about Israel during coverage of the memorial service for former South African President Nelson Mandela. In  2016, Amanpour used the passing of Israeli leader Shimon Peres to malign Israeli policies. Also in 2016, Amanpour presented as reliable the false claims of a fringe political group that holds Israel entirely responsible for the conflict in the West Bank. In 2006, another CNN star, Wolf Blitzer, was caught in a Palestinian propaganda trap.

Fareed Zakaria was the wrong person, given his problems regarding Israel, to host the Golan discussion although he was relatively muted here. Zakaria has demonstrated a compulsion to view Israel darkly, regardless of facts. In 2015 he invalidly equated a 1945-1948 Jewish underground military organization that fought to establish a Jewish state, to the Islamist terrorist organization ISIS. Previously he had cast the Lebanese terror group, Hezbollah, as a model of religious tolerance. Additionally, in 2014 his journalism ethics were called into question when he was caught plagiarizing.

On CNN, given its dismal record (documented over a period of three decades at CAMERA’s News-Sources Web page) regarding coverage of the Israeli-Arab conflict, as well as the predilections of Zakaria and Beinart, the Jewish state could have come off worse here. But the broadcast still managed to seriously mislead viewers.