The world received an unwanted refresher course on what constitutes antisemitism when The New York Times several weeks ago published a cartoon straight out of Nazi propaganda which embraced the enduring antisemitic trope that Jews control the world’s most power political leaders. But that lesson was lost on Jim Krane who last week fueled the notion that Netanyahu aims to dictate American foreign policy when the American academic alleged in Forbes that “the Israeli president has been braying for America to attack Iran, just as he urged Congress to do in Iraq,” and tenaciously clung to the unfounded falsehood when challenged about its veracity (“Now That Trump Has Revived Iran’s Nuclear Program, Is War Inevitable,” June 17).

Presumably, Krane is referring to Israeli Prime Minister Benjamin Netanyahu, and not Israeli President Reuven Rivlin, who is a figurehead and does not take policy positions. In any event, CAMERA last week wrote to senior editors at Forbes to ask them on what basis Krane alleges that the Israeli leader has been braying for America to attack Iran. CAMERA inquired whether Krane, the Wallace S. Wilson Fellow for Energy Studies at Rice University’s  Baker Institute for Public Policy, could provide an example in which the Israeli official has done so.

To the contrary, The New York Times reported last month (“Israel Presses the Case Against Iran, But Not For War“):

Israel has been providing Washington with intelligence about potential Iranian attacks. Its prime minister, Benjamin Netanyahu, has made Iran’s strategic ambitions an obsession. And as recently as February he floated the idea of war with Iran.

But analysts and former Israeli military and intelligence officials say the Israeli government is not angling for a full-blown war between the United States and Iran. Such a war, Israeli officials fear, could plunge Israel into a mutually destructive conflagration with Iran’s ally in Lebanon, Hezbollah.

The insistent pressure on Iran, analysts said, is instead aimed at either forcing Iran to agree to a nuclear deal far stricter than the existing one, or creating conditions dire enough for fed-up Iranians to overthrow their government.

Israel’s prime minister has been a vocal critic of Iran over the years, accusing the Islamic Republic of sinister intentions at every opportunity. But the outspoken Benjamin Netanyahu has remained uncharacteristically quiet throughout the current crisis between the U.S. and Iran.

While Israel has welcomed Washington’s pressure on Tehran, the crisis has nonetheless put Netanyahu in a delicate position, not wanting to be seen as pushing the Americans into a military confrontation and wary of being drawn into fighting with Iran’s powerful proxy, the Lebanese militant group Hezbollah.

“In recent developments, Israel has taken the backseat. There’s one reason for this: it’s not in Israel’s interest to take the lead,” said Yoel Guzansky, a senior researcher at the Institute for National Security Studies, a Tel Aviv think tank, and former Iran analyst in the prime minister’s office. 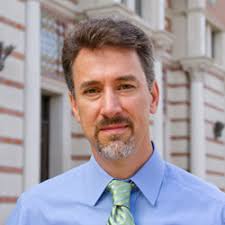 CAMERA provided Forbes with these media accounts attesting to the “uncharacteristically quiet” Netanyahu. Forbes subsequently revised the article, amending the erroneous reference to the Israeli president, and only nominally softening the baseless charge that the Israeli prime minister had been “braying for America to attack Iran.”

Even so, the Israeli prime minister has been pushing for stronger sanctions and even military strikes against Iran, just as he urged Congress to do in Iraq.

The new hyperlink apparently meant to substantiate that Netanyahu has been “pushing for . . . . even military strikes against Iran” directs to the aforementioned New York Times story which stresses that “Israel presses the case against Iran, but not for war.” The only potential reference there to support the notion that Netanyahu “has been pushing” – language that suggests ongoing, consistent behavior – for military strikes against Iran is the reference to the single following incident: “as recently as February he floated the idea of war with Iran.”

In February, at a U.S.-backed Mideast conference in Poland, Netanyahu made a comment in Hebrew which some media reports characterized as a call to war. As the Associated Press reported (“Israeli leader sees ‘common interest’ in confronting Iran”):

“What is important about this meeting – and this meeting is not in secret, because there are many of those – is that this is an open meeting with representatives of leading Arab countries, that are sitting down together with Israel in order to advance the common interest of war with Iran,” he added.

Although Netanyahu used the Hebrew word “milchama,” or war, his office later changed its official translation and said he was referring to a “common interest of combatting Iran.”

Thus, on the basis of a single, isolated comment, which was later clarified to make clear that a call for war was not the intention,  Rice University’s Krane concludes that the Israeli prime minister “has been pushing” for military strikes. Forbes’ failure to correct should serve as a warning flag for readers who last year selected the publication as the most trusted magazine.