The March 16 article by Patrick Smith, “Dead Sea Scrolls discoveries are first ancient Bible texts to be found in 60 years,” initially began by incorrectly reporting: “A new set of Dead Sea Scrolls, ancient fragments of biblical texts dating back almost 2,000 years and thought to have been hidden during a Jewish revolt against Rome, have been found in the West Bank.”

But as Smith himself rightly noted many paragraphs later in the article:

The treasures were found in what the Antiquities Authority called the “Cave of Horror” in the Judean Desert, which was discovered in 2017. 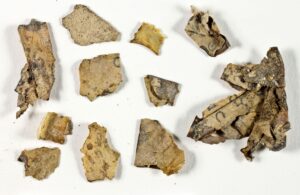 The “Cave of Horror” is located in the Nahal Hever wadi in Israel, within Israel’s pre-1967 boundaries. It is not beyond the so-called Green Line, which is the 1949 armistice line which separates Israel from the West Bank.

CAMERA’s Israel office contacted standards editors and another senior NBC editor about the error. In response, NBC thanked CAMERA and amended the text to correctly report: “A new set ofDead Sea Scrolls, ancient fragments of biblical texts dating back almost 2,000 years and thought to have been hidden during a Jewish revolt against Rome, have been found in an Israeli desert.”

In addition, editors commendably appended the following correction to the bottom of the article, demonstrating transparency: “An earlier version of this article misstated the location of the cave where the new Dead Sea scrolls were found. The cave is in Israel, not the West Bank.”

Separately, NBC also published an additional correction to the piece, noting: “A previous version of this article misstated when the Cave of Horror was discovered. It was first excavated in the 1960s, not in 2017.” NBC’s article was picked up by Yahoo News and has been corrected there as well.

NBC’s initial misreporting about the location of the scrolls’ discovery played into Palestinian and Jordanian unfounded allegations that Israel’s possession of the original Dead Sea Scrolls, found in 1947 by Bedouin youth in the Qumran caves, located in the West Bank, is a violation of international law. Indeed, some media reports about the new discovery of scrolls echo the baseless charges of Israeli theft of “cultural property,” without any rebuttal. The unchallenged Jordanian and Palestinian claims of ownership of these ancient Jewish manuscripts rehashed in coverage about the new “Cave of Horror” discoveries give the false impression that even scrolls found within Israel are not legitimately Israeli property.

Most of those scrolls are in the Israel Museum in Jerusalem but both Jordan and the Palestinian Authority have disputed their ownership. Qumran in the West Bank, the site where they were found, is part of land seized by Israel in the 1967 war and would be part of a future Palestinian state.

Similarly, about the new findings, the Associated Press reported:

The artifacts were found during an operation in Israel and the occupied West Bank conducted by the Israel Antiquities Authority to find scrolls and other artifacts to prevent possible plundering. Israel captured the West Bank in the 1967 war, and international law prohibits the removal of cultural property from occupied territory.

Agence France Presse, for its part, does not spell out that the new discoveries were made within Israel, but does report:

Israel’s archaeological activities in occupied Palestinian territory have sparked controversy in the past.

Israel has been accused of politicising the discovery of ancient Jewish artifacts to justify territorial claims in the West Bank.

The IAA said it partnered in the dig with the Israel military branch responsible for civil affairs in the Palestinian territories (COGAT).

Palestinian antiquities authorities have not responded to requests for comment on the finds.

These paragraphs wrongly imply that the recent “Cave of Horror” finds were also from the West Bank. In addition, AFP’s designation of disputed West Bank territory as “Palestinian territory” is objectionable, and such prejudicial language has been corrected by multiple media outlets in the past. Moreover, media outlets which reported Jordanian and Palestinian claims of ownership of the Dead Sea Scrolls should have made clear the Bedouin shepherds who found the fragments legitimately sold them.