In response to communication from CAMERA, Reuters has commendably corrected the article, removing the erroneous references to "Palestinian soldiers." See below for a detailed update. 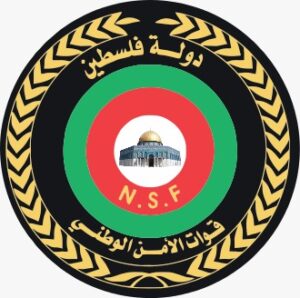 In a Nov. 11 article, "PLO's Saeb Erekat laid to rest after military honours," Reuters erroneously referred to "Palestinian soldiers." The article states: "In Ramallah, a procession of Palestinian soldiers carried Erekat’s coffin through an outdoor plaza in Abbas’s presidential compound." In addition, reporters Ali Sawafa, Rami Ayyum and Zainah El-Haroun add: "Soldiers fired a rifle salute as a prayer was recited over the grave." (Emphases added.)

Members of the Palestinian National Security Forces are security officers and policemen, not soldiers. As The CIA Factbook explains:

per the Oslo Accords, the PA is not permitted a conventional military but maintains security and police forces; PA security personnel have operated almost exclusively in the West Bank since HAMAS seized power in the Gaza Strip in 2007; PA forces include National Security Forces, Presidential Guard, Civil Police, Civil Defense, Preventative Security Organization, the General Intelligence Organization, and the Military Intelligence Organization (2020)

Reuters photo captions about Erekat's honors guard accurately reported "Members of Palestinian security forces stand next to the coffin of chief Palestinian negotiator Saeb Erekat," and did not refer to the forces as soldiers. 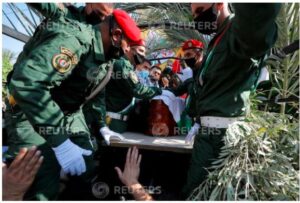 Members of Palestinian security forces stand next to the coffin of chief Palestinian negotiator Saeb Erekat, who died after contracting the coronavirus disease (COVID-19), during his funeral in Jericho in the Israeli-occupied West Bank November 11, 2020. REUTERS/Mohamad Torokman

CAMERA has informed Reuters editors about the error, but as of this writing there is yet to be a correction. Media outlets which published the Reuters story, along with the error, include Ynetnews, The Jerusalem Post, The Sydney Morning Herald, and US News & World Report.
Algemeiner, unlike Ynet and Jerusalem Post, commendably corrected its article when contacted by CAMERA, changing "soldiers" to "security forces" and "policemen."

After CAMERA informed editors at U.S. News & World Report yesterday, editors quickly changed "soldiers" to "security forces" and "security officers." In addition, they commendably appended the following correction to the bottom of the article:

Corrected on Nov. 17, 2020: This article has been updated to correctly identify members of the Palestinian National Security Forces, whose members are security officers, not soldiers.

In response to communication from CAMERA, Reuters has corrected its article, along with the Arabic version. A correction of the Spanish version is on the way as well. The correction at prominently placed at the top of the article states:

(This Nov. 11 story has been corrected to replace ‘soldiers’ with ‘security officers’ in paragraphs 8 and 10).