CAMERA’s Israel office yesterday prompted corrections at CNN after the network mistakenly cited Tel Aviv as shorthand for Israel and misidentifed the Israeli West Bank settlement of Psagot as an “outpost.”

The Nov. 14 article, “Al Qaeda loses one of its most experienced leaders in mysterious murder in Tehran,” had erroneously used Tel Aviv as a metonym for Israel. The article originally stated:

The Israeli Prime Minister’s office has refused to comment on the report. Iran’s Foreign Ministry spokesman Saeed Khatibzadeh said in a statement that Washington and Tel Aviv “spread lies” to “portray Iran as associated with these terrorist groups.”

Indeed, in his statement Khatibzadeh, claimed:

Washington and Tel Aviv try every now and then to draw a link between Iran and such groups through falsification and the leakage of fabricated information to the media.”

But Tel Aviv is not Israel’s capital. Jerusalem is. Thus, media outlets providing a direct quote of Khatibzadeh’s words, including the false identification of Tel Aviv as Israel’s capital, it should include the erroneous Tel Aviv reference in quotation marks. An alternative would be simply to correctly refer to “Washington and Jerusalem.”

Numerous media outlets have commendably corrected this very point in the past, including The Los Angeles Times, Washington Post, Associated Press, Reuters and CNN inArabic.

CNN agreed that a correction was necessary and therefore amended the text to place the reference to Tel Aviv inside quotation marks, indicating that this was Khatibzadeh’s language. Moreover, editors commendably appended the following note alerting readers that a change had been made:

This story has been updated with additional reporting and Saeed Khatibzadeh’s full quote.

Separately, a Nov. 13 article, “Pompeo leaves chaotic Washington .  . . ” had erroneously refers to the Israeli West Bank settlement of Psagot as an “outpost.” It began:

Secretary of State Mike Pompeo is set to leave Friday for Europe and the Middle East in a seven-country, legacy-burnishing trip that will include a stop at a West Bank settlement, making him the first top US diplomat to visit one of the Israeli outposts considered illegal under international law. (Emphasis added.) 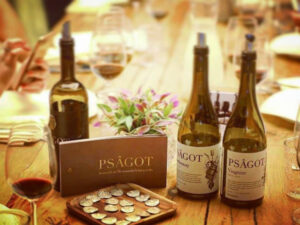 As CNN has correctly reported in the past, “outposts” is “the term for small, unsanctioned communities that have sprung up in the West Bank over the last 20 years. Unlike settlements, they are not recognized or authorized by Israel even though many are close to existing settlements.

Peace Now, the anti-settlement group, correctly lists Psagot, with a population of nearly 2000, as a “settlement,” not an outpost.

In response to communication from CAMERA, CNN commendably removed the erroneous reference to Psagot as an “outpost,” accurately replacing it with “settlement.” Furthermore, editors appended the following clarification to the bottom of the article:

Clarification: This story has been updated to clarify that Psagot is an Israeli settlement.

Unfortunately, though, as of this writing, CNN has failed to clarify that the view that Israeli settlements are considered illegal under international law is disputed. Experts in international law who dispute this view include Prof. Julius Stone and former U.S. Undersecretary of State Eugene Rostow. In addition, Secretary of State Mike Pompeo last year acknowledged that “The establishment of Israeli civilian settlements in the West Bank is not per se inconsistent with international law,” reverting to a position earlier voiced by President Reagan. Reagan had said:  “As to the West Bank, I believe the settlements there — I disagreed when the previous Administration referred to them as illegal, they’re not illegal,” “Excerpts From Interview With President Reagan Conducted by Five Reporters”, New York Times, Feb. 3, 1981.)  Indeed, from the Reagan administration on, aside from a brief blip during the Obama administration, the United States has not considered Israeli settlements illegal under international law.

Please note that Newsweek this point in the past.