The July 21 article by David Brennan, “U.S. Stands on Alone on Israel Annexation Plan as China Back Palestinians,”used the common journalistic practice of referring to a nation’s capital city as shorthand for the country’s government, wrongly citing Tel Aviv: “Tel Aviv has thus far dismissed all international condemnation.” 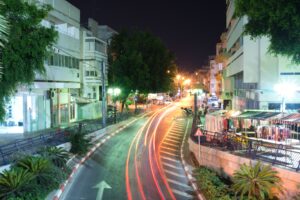 Numerous media outlets have corrected this very point in the past, including The Los Angeles Times, Washington Post, Associated Press, Reuters and The Guardian, among many others. In fact, Newsweek itself corrected the very same point in 2017, appending a correction to the bottom of the article, which stated:

This article was amended on 18 September to make clear that Hamas in 2017 introduced a policy document that would see it accept a Palestinian state on 1967 borders, it did not amend its charter, as stated. The article also no longer refers to Tel Aviv as shorthand for the Israeli government, in adherence with Newsweek style.

In a second substantive error, Newsweek’s article this week had stated as fact: “The settlements are illegal under international law.” In a second reference to the settlements as illegal, the article had stated: “Netanyahu plans to extend Israeli sovereignty to the illegal settlements as well as parts of the Jordan Valley, comprising some 30 percent of all West Bank land.”
Yet, there are experts in international law who dispute this view, among them Prof. Julius Stone and former U.S. Undersecretary of State Eugene Rostow. In addition, Secretary of State Mike Pompeo last year acknowledged that “The establishment of Israeli civilian settlements in the West Bank is not per se inconsistent with international law,” reverting to a position earlier voiced by President Reagan. Reagan had said:  “As to the West Bank, I believe the settlements there — I disagreed when the previous Administration referred to them as illegal, they’re not illegal,” “Excerpts From Interview With President Reagan Conducted by Five Reporters”, New York Times, Feb. 3, 1981.)
In response to communication from CAMERA, Newsweek promptly and forthrightly corrected the two points. Instead of the mentioning Tel Aviv, the amended text now states: “Israel has thus far dismissed all international condemnation.”
In addition, the passage which had stated as fact that settlements are illegal under international law now acknowledges a dispute about their status under international law. The amended text reports:

The settlements are widely considered to be illegal under international law—including by the United Nations—though some in Israel and the U.S., including Secretary of State Mike Pomepo, dispute this.

Editors likewise removed the reference to “illegal settlements,” and the amended text now states: “Netanyahu plans to extend Israeli sovereignty to the settlements as well as parts of the Jordan Valley, comprising some 30 percent of all West Bank land.”
Moreover, editors commendably appended the following correction to the bottom of the article alerting readers to the changes: