Reuters’ article yesterday on the “Strengthening America’s Security in the Middle East Act,” a bill which stalled Tuesday in the Senate, opens with a misleading and ominous reference to the legislation’s “measure to punish Americans who boycott Israel” (“First bill of new U.S. Congress, on Middle East policy, stalls in Senate“).

Further down, the article repeats this inaccurate and overly broad characterization of the bill’s supposed application to Americans at large, stating that it “would let state and local governments punish Americans for boycotting Israel.”

In fact, the bill would not sweepingly apply to “Americans” at large, but to “entities” engaged in geographically specific boycott activity. Thus, the bill clearly defines what constitutes an entity and what constitutes “activities described.” The bill states:

(1) an entity that the State or local government determines, using credible information available to the public, knowingly engages in an activity described in subsection (b);

(2) a successor entity or subunit of an entity described in paragraph (1); or

(3) an entity that owns or controls or is owned or controlled by an entity described in paragraph (1).

The bill specifies what constitutes an “entity”:

(A) any corporation, company, business association, partnership, or trust; and

(B) any governmental entity or instrumentality of a government, including a multilateral development institution (as defined in section 1701(c)(3) of the International Financial Institutions Act (22 U.S.C. 262r(c)(3))). 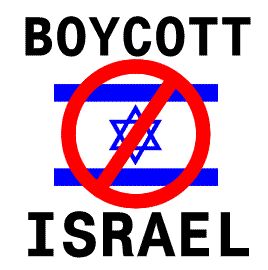 Moreover, the bill further narrows the measure’s application by limiting it only to entities involved in BDS activity in inter-state or international commerce. It limits the application to the following activity:

(b) Activities Described.—An activity described in this subsection is a commerce-related or investment-related boycott, divestment, or sanctions activity in the course of interstate or international commerce that is intended to penalize, inflict economic harm on, or otherwise limit commercial relations with Israel or persons doing business in Israel or Israeli-controlled territories for purposes of coercing political action by, or imposing policy positions on, the Government of Israel.

Thus, for example, a company which refuses to take part in a local event because Israel is represented is not subject to the measure. The distinction between private American citizens versus American-owned companies, even family- or individual-owned companies, is an important one.

Reuters’ wording suggests that a private American citizen, who on his own initiative, refuses to buy Sabra Hummus in his local Trader Joe’s and publicly calls for others to do the same, would be subject to the legislation. This is not the case.