CAMERA’s Israel office yesterday prompted Times of Israel to significantly improve its coverage of Salah Hammouri, a lawyer for Addameer, one of the six Palestinian NGOs which Israel designated as a terror group. Hammouri is also one of several Palestinian activists whose phones was reportedly infected with spyware by the Israel-based NSO cyber company. 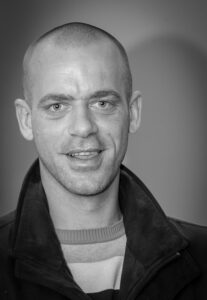 The Times of Israel’s initial omission of the fact that Hammouri had previously been convicted of planning to assassinate Israel’s chief rabbi played into baseless media allegations that Israel is ramping up a purported “crackdown on political activism in the occupied territories.”
Times of Israel’s Nov. 8 article, “Report: Palestinian activists’ phone hacked with controversial NSO Group tech,” referred to “Salah Hammouri, a lawyer and researcher for Addameer, a group that advocates on behalf of Palestinian prisoners.”
Further on, the article added:

Hammouri, who holds Palestinian and French citizenship, lived and worked in East Jerusalem as a permanent resident until last year when Israel’s Interior Ministry revoked his residency status for “breach of allegiance to the State of Israel,” according to Al-Haq, which took on his case.

Nowhere did the article state that Hammouri had been convicted of plotting to assassinate Rabbi Ovadya Yosef. As Haaretz reported Nov. 8:

Hammouri served seven years in prison after he was charged in his youth with participating in a plan to kill Chief Rabbi Ovadia Yosef and for membership in the Popular Front for the Liberation of Palestine.

In response to communication from CAMERA, Times of Israel commendably and promptly added the following information:

Hammouri, who holds French citizenship, was sentenced in 2008 to seven years in prison for his alleged involvement in a PFLP plot to assassinate the prominent Israeli rabbi Ovadia Yosef. He denies all the charges against him.
Hammouri was released in 2011, but has been detained by Israel several times in the intervening years. Last year Israel’s Interior Ministry revoked Hammouri’s residency status due to alleged renewed involvement in terrorist activities, according to the Israeli Foreign Ministry.