The report’s authors, correspondents Fatima Abdulkarim and Taylor Luck, are no strangers to biased reporting about Israel. Abdulkarim has worked for anti-Israel propaganda entities including Iran’s government controlled Press TV  and has been quoted approvingly by anti-Israel Al-Jazeera (owned by the government of Qatar). Likewise, Taylor Luck has provided flawed reporting involving Israel. 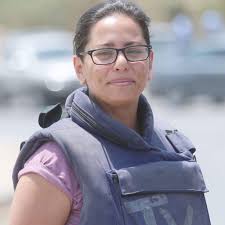 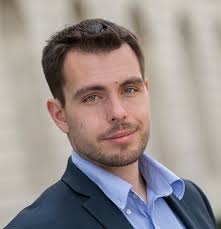 Excerpts from the CSM report provide the gist of the piece:

In the days leading up to and following the November [U.S.] election, with TV sets and Facebook feeds dominated by coverage of the U.S. race and the vote-counting dramas, everyone seemed to be weighing in on the results and their impact on the occupied Palestinian territories… many were desperate to see the back of a president who had pressured and boycotted Palestinian leadership, cut off U.S. aid, withdrawn funding, recognized Israeli sovereignty over occupied territories, moved the U.S. Embassy to Jerusalem …

Hanan Ashrawi, a member of the Palestine Liberation Organization’s executive committee, says … “There has to be a candid and clear reassessment to forge a new relationship between us and the U.S. without going through Israel.”

• The authors unsurprisingly repeat the mainstream media mantra: “the occupied Palestinian territories.” Yet this phrase is biased since the term “occupied” is rarely used, for example, regarding China’s occupation of Tibet, Russia’s occupation of parts of Ukraine or Turkey’s occupation of northern Cyprus. Furthermore, the phrase requires context for at least a minimal understanding of the legal and historical aspects with regard to the West Bank.

• The authors merely echo, without scrutinizing, complaints about the “cut off [of] U.S. aid,” recognition of “Israeli sovereignty over occupied territories” and moving “the U.S. Embassy to Jerusalem.” However, CSM fails to state that U.S. aid cutoff is related to preventing American tax dollars from being used for “pay for slay” reimbursement of terrorists and their families. Likewise, the authors omit any mention of the other side of the issues of sovereignty and moving the embassy.

• A PCPSR September 2020 polling of Palestinians, cited by the authors, portrays non-threatening, seemingly righteous indignation about American policies and actions. The authors, however, ignore PCPSR polling that reveals a more complete picture of Palestinian attitudes: The PCPSR June 2020 polling report observes: “A slim majority supports responding to the [Trump] plan by returning to armed struggle.” The PCPSR February 2020 polling report observes: “Support for the return to armed struggle as a response to the Trump plan is higher in the Gaza Strip (81%) compared to the West Bank (53%).”

The PCPSR June 2019 polling report observes: “47% said they prefer a return to armed intifada” and “34% prefer waging an armed struggle against the Israeli occupation” (in other words, depending on how the question is worded, between one third and one half of the population support violence against Israel—violence that has typically involved attacks on civilians). The PCPSR December 2015  polling report—taken at the height of a wave of anti-Jewish violence—observes : “Two-thirds support an armed intifada and the current wave of stabbings.”

But what is the basis for this tendency toward violence against Israelis that is ignored by CSM? It just might be the cradle-to-grave indoctrination of Palestinians – via leadership, media, mosque and schools – to hate Jews and commit violence against them. 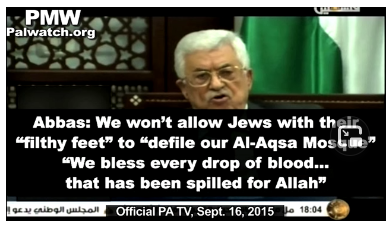 • The CSM authors uncritically present the claims of “Hanan Ashrawi, a member of the Palestine Liberation Organization’s executive committee” as if she’s a credible official. However, this is far from reality as is indicated by her decades-old history of antagonism against Israel.

Example — Ashrawi attacked President Barack Obama for his mention of Jewish history in the land of Israel: on Palestinian Authority TV on Aug. 10, 2014 speaking in Arabic, she said that talk of the Jews returning to their land was “Obama’s adoption of the discourse of extremist Zionist ideology.”

A November 2000 report, Hanan Ashrawi’s Propaganda, by CAMERA’s Tamar Sternthal, documented how Ashrawi “makes an emotional case in a rapid-fire, filibuster style of expression that flouts historical fact and present reality. All too often, her interviewers are unequipped or unwilling to challenge the barrage of inaccurate and distorted statements.” This appraisal is just as accurate in 2020 as it was in 2000.

Except for the absence generally of advertisements and the presence of a brief Christian Science religious teaching in each issue, the glitzy weekly (online daily) Christian Science Monitor magazine is quite similar to most news magazines in terms of short-sighted often biased coverage of Israel.

The Monitor’s problematic coverage of Israel is documented by CAMERA’s CSM page which goes back seventeen years. Likewise, CAMERA has prompted CSM to print corrections of errors in 2004, 2005, 2013 and 2016.

In the interest of responsible journalism, it behooves CSM officials to come to terms with the realities cited by CAMERA: Mark Sappenfield, CSM’s chief editor, and Yvonne Zipp, CSM’s digital daily edition editor.