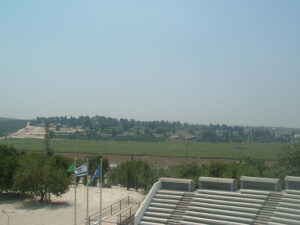 Contrary to basic journalistic standards of impartiality and accuracy, and echoing radical leftist and Islamist calls to treat all Jewish presence in the Jews’ ancestral homeland as “colonialist,” “privileged” and therefore illegitimate, an AFP Arabic report mistranslated the word “kibbutz” into Mustawtana, “settlement.” The Aug. 3 article, “A company seeks to turn grasshoppers into a key means in facing global nutrition challenges,” erred:

The roots of this idea go back to Tamir’s childhood, who remembers stories about locusts completely destroying fields during the 1950s in the settlement where he grew up. [Translation and emphases by CAMERA Arabic.]

However, Dror Tamir, CEO of “Hargol,” was born and raised in Kibbutz Ma’anit, internationally recognized as within Israel, inside the ceasefire line of 1949. Moreover, even without information about the Kibbutz’s specific location, the very fact that Tamir’s birthplace was inhabited by Israeli Jews during the 1950s, as the article itself reports, is sufficient to rule it out as a “settlement,” since they were only built after 1967. 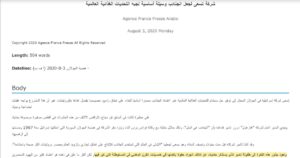 Notably, the English version of the same AFP article (entitled “Plague to protein: Israeli firm seeks to put locusts on the menu”) correctly refers to Tamir’s home community as a “kibbutz.”

To this day, the Arabic report remains in its erroneous form, even after CAMERA, and later Tamir himself, urged AFP to correct the mistranslation.

Correction: Due to an editing error, the headline of this post originally had erroneously stated that Kibbutz Ma’anit is near the Gaza Strip. It is in northern Israel.