With subheadings including “UNRWA’s Critical Sustenance For the Palestinians,” “Fostering Entrepreneurship for Sustainable Income,” and “Essential Services That Need Funding” — none qualified by quotation marks which would have indicated that these are UNRWA claims, not facts — Forbes’ Nov. 24 piece by Jackie Abramiam reads like a fundraising appeal on behalf of the controversial United Nations Relief and Works Agency for Palestine Refugees (“Funding Shortfall Jeopardizes UNRWA’s Critical Sustenance For Over 27,000 Palestinians“).

The primary reason for the agency’s shortfall is the 2018 U.S. decision to cease its funding. The U.S. provided one-third of UNRWA’s budget the previous year. On the U.S. decision, Abramiam jumbled several items:

UNRWA’s largest donor, the United States, cut its aid in 2018 when Palestinians rejected the U.S.-Israeli [sic] “Peace to Prosperity Plan” disagreeing also with the agency’s stance that “Palestinians are refugees with a right to return to the homes they fled following the 1948 war.” 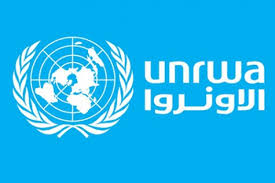 First, Abramiam’s reference here and elsewhere in the article to the “U.S.-Israeli” peace plan is wrong. The Peace to Prosperity Plan, released in January 2020, is an American initiative, not U.S.-Israeli. Given the chronology — US cut its aid to UNRWA in 2018 and only in 2020 did the Trump administration release its peace plan — the causation that Abramiam paints is puzzling, to say the least.
According to the State Department announcement about the cessation of funding for UNRWA, the government’s decision was fueled by budget-sharing concerns along with the agency’s “irredeemably flawed operation,” wherein the number of beneficiaries increased from over time. Despite the fact that the original number of actual refugees from 1948 shrunk to some 30,000 individuals at most with the passage of time, UNRWA now serves some 5.7 million individuals — the original refugees and their millions of descendants. In addition, the State Department said UNRWA fails to provide youth a “more durable and dependable path towards a brighter tomorrow.”
In her promotional piece for the organization’s purportedly indispensable work, Abramiam neglected to mention any of these point.

Daily, Palestinian children of all ages travel through check-points–showing IDs, searched, and sometimes caught in crossfires. This year, of the 19 Palestinians killed, four were children shot dead in the West Bank, and an 11-year-old girl walking home from school was shot in her shoulder–and 362 children were injured.

In fact, there are no recorded cases this year of Palestinian children shot dead in the West Bank while traveling through checkpoints.  B’Tselem — an Israeli NGO highly critical of Israel’s presence and practices in the West Bank — reported that of the four Palestinian minors killed in the West Bank this year by Israel forces, three were involved in attacks against Israelis at the time they were killed. Of the fatalities, B’Tselem detailed one was “trying to light a gas balloon on Route 465,”  another “was with youths who were throwing stones,” and a third was “preparing to hurl a burning Molotov cocktail . . . during clashes.” All four incidents took place during violent clashes. None were killed at checkpoints.
In addition, Forbes failed to provide substantiation for Abramiam’s assertion, stated as fact, that an 11-year-old girl was shot in the shoulder while she was walking home and that 362 children were injured in the West Bank this year. No information could be found to verify the writer’s allegations.
Abramiam uncritically quotes West Bank field director Gwyn Lewis:

“Every part of daily life is impacted by the occupation. Every time you’re outside the door you are confronted with occupation–it’s very challenging.”

Given that well over 90 percent of the Palestinian population lives within Area A, which is fully under Palestinian civilian and security control, the assertion that every time a Palestinian steps outside s/he is “confront with occupation” is absurd. Indeed, a map published by the United Nations’ own Office for the Coordination of Humanitarian Affairs plainly shows that, checkpoints — where Israeli soldiers are regularly found in the West Bank — are scattered, and Palestinians can travel freely within their communities and also often to other locations without encountering soldiers or settlers. 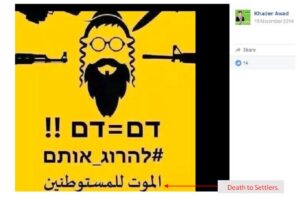 Abramiam’s article was full of praise for UNRWA schools and their teachers, ignoring that the same institutions have come under heavy criticism for their indoctrination of youth with anti-Israel and antisemitic incitement. UNRWA staff have called for the murder of Jews, revered Hitler and celebrated the deaths of Israelis.
In an article about UNRWA’s funding shortfall, ForbesWomens’ Abramiam neglected to mention that Switzerland and the Netherlands suspended their donations to UNRWA for several months in 2019 due to an internal ethics report alleging mismanagement, including sexual misconduct. Deutsche Welle reported in July 2019:

The Swiss foreign ministry announced on Tuesday that it would suspend funding of the UN’s Palestinian refugee agency UNRWA (United Nations Relief and Works Agency for Palestine Refugees), after the agency’s own ethics department reported allegations of sexual misconduct, nepotism and discrimination.

Such revelations, however, belie Lewis’ parting message that “UNRWA is extraordinary–with an amazing cadre of educators and staff that need support. The potential and the possibilities have been stolen and need to be restored.”