“We also want to thank the journalists who reported accurately on Amer and avoided the slander that was being directed at him. Amer is in very poor health and urgently needs care, but all of you gave him a fighting chance and most importantly, hope and freedom. God Bless America,” the Fakhoury family said in a statement.

Indeed, some media coverage of Fakhoury’s story has been largely shaped by Hezbollah propaganda, with some media outlets outright adopting as fact the unproven and disputed claims that Fakhoury was the “butcher” of the SLA-run Khiyam prison responsible for the murder and torture of thousands. U.S. officials, along with Fakhoury, his family and his lawyer, all acknowledge that he had worked at the notorious prison, but deny that he had any role in the abuse of prisoners and completely reject the accusation that he is the “butcher” of Beirut, saying there is to evidence to support the claim.

In his March 24 article, “The ‘butcher’ who fled Lebanon in a U.S. helicopter,” Haaretz‘s Zvi Bar’el reported Hezbollah’s unproven accusations as fact, ignoring the American denials (page 4, online here and also in Hebrew).

Fakhoury was a senior officer in the Israeli-backed South Lebanese Army under the command of Gen. Antoine Lahad, and was in charge of the notorious Khiam Prison, in which thousands of Lebanese citizens were detained, interrogated and tortured during the first Lebanon war in 1092, Horrifying testimony has been published about what was happening in Khiam Prison during the years of harsh abuse perpetrated by Fakhoury, who was dubbed “The Butcher of Khaim.” [sic] He was accused of personally torturing and causing the death of detainees, at a time when the prison was under Israeli control. (Emphasis added.)

Echoing Hezbollah’s unproven claims, Bar’el states as fact, without qualification, that Fakhoury “was in charge of the notorious prison,” and that he perpetrated “years of harsh abuse.” Yet, Fakhoury, his family, his lawyer, and the U.S. government denied that he was responsible for any abuse, and have said there is no evidence to back up the charges.” (Fakhoury’s interrogation was carried out by Lebanon’s General Directorate of the General Security which is Hezbollah-linked and his presence in Lebanon was first reported by the pro-Hezbollah Lebanese Al-Akhbar daily.)
As the Associated Press reported Feb. 22 (“Top aide: Detained Lebanese American isn’t guilty of murder“):

A Lebanese-American man in custody in Lebanon isn’t guilty of charges brought against him by the Lebanese government, according to a U.S. lawmaker’s top aide.

Naz Durakoglu, senior foreign policy adviser to Democratic New Hampshire Sen. Jeanne Shaheen, said in a conference call with media outlets Friday that colleagues in different U.S. government offices have found no evidence that Amer Fakhoury is guilty of the murder, prison torture and other allegations levied by his native country.

Durakoglu said that in such cases there are often made-up allegations or charges, forcing defendants to try to refute lies. She said the U.S. government is instead focusing on the distinct lack of evidence.

“In this case we’re confident that he is not who they say he is,” Durakoglu said.

But a senior US official cast doubt on Fakhoury‘s involvement [in the torture of thousands] and suggested the allegations were put forward for political reasons.

“There have been many dozens of Lebanese affiliated with Khiyam prison who have been convicted of torture and other crimes. Fakhoury‘s name has never been mentioned in any of those allegations and he was never charged for that,” David Schenker, the assistant secretary of state for the Near East, told reporters.

He said that the State Department spoke to Fakhoury‘s lawyers, who challenged the credibility of five witnesses, saying three had been in Israeli rather than SLA custody. 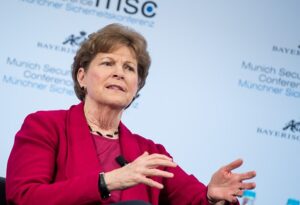 In addition, Haaretz‘s Bar’el falsely suggested that Fakhoury’s cause was a partisan issue in U.S. politics, bizarrely reporting that the naturalized American “opened a luxury restaurant that hosted senior officials in the Republican party, to which he donated money.” (That Fakhoury opened a New Hampshire restaurant has been widely-reported. The other alleged details regarding its luxuriousness and clientele are not.) The effort to garner Fakhoury’s release was a bipartisan effort, and the Democratic Senator of New Hampshire Jeanne Shaheen led the charge. Upon his release, Fakhoury’s family stated:

First and foremost, we want to thank Senator Shaheen and her staff who have been relentless in their efforts to free Amer. Senator Shaheen pursued every means possible to secure Amer’s freedom—this would not have happened without her. Amer considers Senator Shaheen his hero.

In her press statement about Fakhoury’s release, Sen. Shaheen highlighted the bipartisan nature of the effort to free the Lebanese-American:

Finally, Bar’el wrongly states that the accusations of torture against Fakhoury cover a time period “when the prison was under Israeli control.” This is false. Even Human Rights Watch, which back in 1999 tried to pin responsibility on Israel for alleged abuses at Khiam did not allege that the prison was “under Israeli control.” Rather, HRW argued that Israel had responsibility as an occupier of southern Lebanon, and alleged that Israel and SLA held meetings, cooperated and consulted concerning prisoners at the facility.
See also “AP Alleges Imprisoned Lebanese-American Amer Fakhoury ‘Worked for Israel,'” Feb. 9, 2020