CAMERA has already written about the Associated Press’s coverage of a report by the EU-funded NGO B’Tselem, titled, “A regime of Jewish supremacy from the Jordan River to the Mediterranean Sea: This is apartheid.” As we wrote before, the invocation by B’Tselem of the term “supremacy” seems designed to latch on to trends in American politics. In fact, however, the language of “Jewish supremacy” recalls the title of David Duke’s 2002 book “Jewish Supremacism: My Awakening on the Jewish Question.” Although the phrase “Jewish supremacy” should have raised red flags everywhere, many mainstream news organizations published articles amplifying the group’s claims. 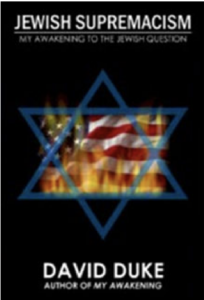 Several of those outlets made the same errors in judgment as the AP did. For example, no prominent mainstream coverage mentions the many times that Palestinian leaders have rejected the opportunity to have a state of their own – information that is crucial to understanding the mendacity of the “apartheid” charge. In 2000, 2001, and 2008, Palestinian leaders rejected offers that would have led to independence with a division of Jerusalem. In 2014 they ignored a favorable Obama administration proposal, and in 2020 they rejected a Trump administration proposal. For news outlets to repeat the “apartheid” slander without mentioning any of these missed opportunities for Palestinians to have national self-determination is misleading in the extreme.

At least some news organizations seem to have had copies of B’Tselem’s report prior to its actual release. Yet, even with this advance lead time, somehow none of them appear to have been able to do any research of their own into B’Tselem’s claims. But the report twists reality beyond recognition. (CAMERA’s in-depth analysis of the report itself is forthcoming.)

Screenshot of title of B’Tselem report

CAMERA has already explained at length why AP’s description of B’Tselem as a “leading” human rights group was misleading. Yet that’s exactly what NBC called it as well. (“B’Tselem labels Israel an ‘apartheid regime’ for first time,” Saphora Smith, January 12, 2021).

CAMERA also explained that referring to “Palestinian citizens” of Israel, as the B’Tselem report does, is a misnomer. A 2020 survey shows that only seven percent of Israel’s non-Jewish population define themselves as “Palestinian.” In contrast, 51 percent identify as “Israeli-Arab.” This language choice seems intentionally designed to blur the distinction between Palestinian nationality and Arab ethnicity to suggest “Palestinians” are just another ethnic minority within Israel, and thus to further the bogus “apartheid” analogy. Both NBC and AFP also parrot this misleading term, with AFP anachronistically defining Israeli-Arabs as “Palestinians who stayed on their land following the Jewish state’s creation in 1948 and their descendants.” (Of course, in 1948, it was the Jews living in the area that were referred to as “Palestinian.”)

NBC’s reporting also included two erroneous claims. It said that “a contentious law passed [in Israel] in 2018 that declared among other provisions that only Jews have the right to self-determination,” when in fact the law specified that Jews have the right to national self-determination. It said nothing about individuals’ rights to self-determination. NBC also brought up the at-most tangentially related case of Human Rights Watch employee Omar Shakir, using it as an example of Israel’s supposed attempt to “undermine the work of rights defenders,” and portraying Shakir’s support for BDS as a matter in dispute. In fact there was a court finding that Shakir’s “actions since he entered Israel reflect the fact that he continues his activity to publicly advance the anti-Israel boycott.”

Nor did any prominent coverage include the information that, as CAMERA noted previously, “based on financial information submitted to the Israeli Registrar of Non-Profits, in accordance with the Israeli NGO Transparency Law, B’Tselem received NIS 46,258,659 [about $14.6M] from foreign [i.e., non-Israeli] governmental bodies in 2012-2020,” despite the fact that it is easily ascertainable from NGO Monitor’s website. B’Tselem’s own website notes that 69 percent of its funding — more than two thirds — came from “foreign state entities” in 2019.

Most troublingly, NBC, AFP, and the publicly-funded NPR, all amplified the “Jewish supremacy” charge that is reminiscent of David Duke’s writing, with NBC writing,

In its report, B’Tselem said one organizing principle lay behind a whole array of Israeli policies: “Advancing and perpetuating the supremacy of one group – Jews – over another – Palestinians.”

The organization said Israel had used land, among other tools, to implement the principle of “Jewish supremacy,” with Jews living in a space where they enjoy full rights and self-determination, while Palestinians live in fragmented territory, each with its own different set of rights given or denied by Israel, but always inferior to the rights accorded to Jews.

But what B’Tselem attempts to cast as “Jewish supremacy” is in fact simply Jewish national self-determination, a national right to which Jews are no less entitled than any other group. As the widely-accepted International Holocaust Remembrance Alliance definition of antisemitism highlights, denying Jews that right is antisemitic, and an attempt to return Jews to the vulnerable and defenseless position they were in prior to 1948.

Unfortunately, some of B’Tselem’s media allies were quick to reflexively jump on this explosive but misleading charge without pausing to reflect on whether or not it was accurate.