According to the New York Times, Israel is to blame for the latest round of hostilities between Gaza and Israel, having targeted Palestinian Islamic Jihad commander Baha Abu al-Ata for assassination.  Palestinian terrorism and its role in the Palestinian-Israeli conflict, by contrast, is sanitized or erased. 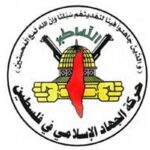 In his contorted analysis of the current situation (“As Islamic Jihad and Israel Battled, Hamas, in a Twist, Sat on the Sidelines”),  New York Times Jerusalem bureau chief David Halbfinger downplays Palestinian Islamic Jihad (PIJ) as a pesky gadfly to Gaza’s Hamas rulers —  in his sanitizing words,  “a nettlesome, unruly and heavily armed little group” that is hampering Hamas’ efforts “to keep a lid on its conflict with Israel”.

According to Halbfinger, the problem with the PIJ’s “firing hundreds of rockets into Israel” is not the targeting of millions of innocent civilians, forcing them into bomb shelters, but the “sabotaging” of Hamas’ plans to “improve the abysmal quality of life of the Palestinians” under its rule by provoking Israel to “rain down destruction on Hamas’s own installations and men.”  Israel, in the New York Times, is ever the culprit.

What the New York Times assiduously ignores is that:

The New York Times correspondent does not bother to explain that the U.S. State Department has designated PIJ a foreign terrorist organization since October 1997, because of the group’s  commitment “to the destruction of Israel through attacks against Israeli military and civilian targets and to the creation of an Islamic state in historic Palestine, including present day Israel.” Nor does he note that  raining missiles down on Israeli civilians is itself a war crime.

Instead, he loftily describes the terrorist organization as representing the “untrammeled id of the Palestinian resistance movement” — a movement that is elsewhere in the article described as “resistance to the Israeli occupation.”  The article thus misleads readers into thinking that the terrorist group’s goal is to resist an Israeli presence in disputed territories, when in fact PIJ declares its mission is to wipe the entire Jewish state off the map and is unwilling to accept Israel within any borders whatsoever.

In this way, the New York Times transforms Palestinian terrorism, war crimes, and attempts to annihilate the Jewish state into mere “resistance” against Israeli actions.  It is another example of how the newspaper covers up Palestinian responsibility for the conflict, blaming Israel instead.

Contrary to how the same newspaper covered the assassination of ISIS leader Abu Baker al-Baghdadi  just two weeks earlier, repeatedly referring to him and his organization as “terrorist,”  the New York Times scrupulously refuses to label Palestinian terrorists as such.   And if journalists slip and include a reference to Palestinian terrorist organizations, as CAMERA just documented, the newspapers’ editors make sure to scrub it from the record.

This is not accurate or ethical journalism.  It is advocacy journalism that misleads the public about what is going on – and provides just another  illustration of the New York Times’ ingrained bias against the Jewish state.