CAMERA has written many times in the past two years about the anti-Israel bias that is being fed to Teen Vogue’s adolescent readers. The publication has promoted a one-sided Palestinian narrative, both by relying extensively on anti-Israel “experts” and by allowing a contributor to make unfounded allegations against the IDF. It crossed the line into anti-Semitism when it blamed police violence against people of color on American Jews and Israel, and it’s even promoted Hamas. 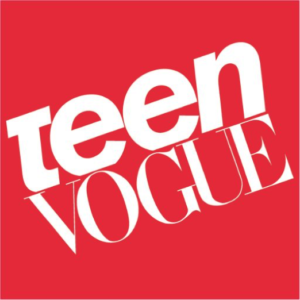 Since those things occurred, Chief Content Officer Philip Picardi departed from the publication, and Lindsay Peoples Wagner was named the new Editor-in-Chief. Yet, even with the change in leadership, the bias and lack of professionalism continues.

The Society of Professional Journalists’ Code of Ethics states clearly that “Journalists should …. Verify information before releasing it.” While Teen Vogue has shifted away from a focus solely on fashion and shopping to include political issues, it doesn’t seem to hold itself to professional journalistic standards: last week, Teen Vogue conducted and published an interview which included information that the publication admitted it could not verify. (“Taylor Swift Parody Fan Account Creator Says She Submitted Tweets From Inside an Israeli Military Prison,” April 3, 2019.)

The subject of the interview was the individual (or individuals) behind an anonymous, parody Twitter account that mostly tweets about singer Taylor Swift. The account claimed that its owner had been in Israeli military prison for avoiding Israel’s military conscription. Teen Vogue wrote that:

Nineteen-year-old “N.” (we’re using her first initial to protect her identity) is the person behind @LegitTayUpdates. She says she lives in south Israel and started the account in December 2017. On February 1, 2019, she tweeted from the account, “So I think most of you know (?) but I’m going to prison tomorrow for refusing to enlist to the military, which I know sounds kinda funny, but it also means I’ll be gone for a while (not sure how long).” Two months later, on April 2, she posted again, “As most of you know, I haven’t been very active in the past couple of months because I was in prison :/ I’m back now though :) more Taylor Swift updates coming soon!” Teen Vogue could not independently verify her story.

Within the interview, Teen Vogue also linked to its 2017 article, “The Israeli-Palestinian Conflict: What You Need to Know,” which CAMERA has already debunked. As we noted then, the article, written by a health and beauty expert, omitted important factual context such as Palestinian cash payments to convicted terrorists or to the families of terrorists who were killed, glorification of violence in the Palestinian government and society, historical Jewish ties to Israel and the repeated Palestinian rejection of extensive Israeli offers of peace and statehood. In addition, it contained several misrepresentations. Yet Teen Vogue never updated it and now continues to promote it.

This is not the first time that Teen Vogue has printed assertions about Israel that it did not verify. Previously, writer Rawan Eewshah claimed in the magazine that when her father, as a child, played soccer with his friends in the Jordanian-occupied West Bank before 1967, Israeli soldiers broke up their game. Embarrassingly, Teen Vogue was forced to retract the claim. Yet, the publication apparently did not learn any lesson from this episode and now has once again published unverified claims about Israel, this time from an even less reputable source.