Since his passing on December 26, 2021, Desmond Tutu, the South African Anglican cleric  renowned for his fight against South African’s apartheid and racism, has been widely eulogized for his accomplishments.  Less mentioned was his call for a global boycott of the Jewish state.  Such calls, even under the guise of human rights, hide an underlying anti-Semitism.

The boycott of Jews has a long and sordid history.

A classic weapon of anti-Semitism, the boycott ostracizes and disenfranchises Jews by depriving them of education, livelihoods, civil rights and camaraderie. Historic manifestations of the anti-Semitic boycott include barring Jews from practicing certain professions or holding agricultural leases, denying Jews membership in associations, societies and guilds, limiting the numbers of Jews allowed to attend universities, picketing Jewish businesses and pressuring people to reject Jewish services.

Boycotts against Jews have been historically employed to diffuse societal unrest and divert anti-government protests by turning the focus of blame onto the Jew. From the late 19th century onward, “Don’t buy from Jews,” “Buy from Christians only” and “Each to his own” were commonly heard slogans in Europe, as organized boycotts targeted Jews as the scapegoats for rising unemployment and poverty. Boycott organizers justify their anti-Jewish actions as a defensive tactic or as retribution for alleged wrongdoing by Jews.

No sooner had Adolf Hitler and his Nazi party risen to power in Germany in 1933, than they organized a boycott against Jews as retribution for unfavorable press and boycotts of Nazis that were occurring across the world. It marked the beginning of Hitler’s campaign against Jews that resulted in the Nazi’s so-called “Final Solution” – the genocide of European Jews.

Just months after the defeat of the Nazis and Hitler’s suicide, and even before the establishment of the State of Israel, the Arab League launched its own boycott against Jews in Palestine. The December 1945 declaration stated that “Jewish products and manufactured goods shall be considered undesirable to the Arab countries.”

After Arab League attempts to physically annihilate the newly established State of Israel failed, its boycott became an alternate instrument of war to bring about the demise of the state through economic means. The boycott consisted of three levels – a) barring commerce between citizens of Arab League countries and citizens of Israel or the Israeli government; b) barring commercial relations between anyone who does business in Israel; and c) barring commerce between Arab and companies that do business with Israel.

Promoters of anti-Israel boycotts denounce resolutions that consider BDS a form of anti-Jewish bigotry to be penalized.

The latest iteration of the Arab boycott is the Boycott, Divestment and Sanctions (BDS) campaign against the Jewish state, which, like previous boycotts, is recognized as an anti-Semitic tool of discrimination against the Jews. As a result, there has been a global backlash.

Anti-Boycott Legislation in the U.S. 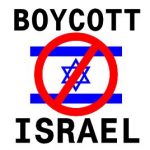 Long before the launch of BDS in 2005, the U.S. had condemned the Arab League’s boycott of the Jewish state as religious discrimination and legislated against it. In 1975, the U.S. Commerce Department included language in the Export Administration Act that banned religious or racial discrimination by exporters. The 1976 Ribicoff amendment to the Tax Reform Act targeted companies that participated in the boycott from enjoying international tax benefits. In 1977, legislation was passed making it illegal for US persons (individuals and companies located in the United States and their foreign affiliates) to comply with most aspects of the Arab boycott. That legislation formed the basis for Section 8 of the Export Administration Act of 1979.

Additional legislation has since been introduced, most recently with the Combating BDS Act of 2021, to combat the BDS campaign against Israel. These include the Anti-Boycott Act of 2018 (Part II of the Export Control Reform Act) which created the Office of Antiboycott Compliance (OAC) within the Department of Commerce’s Bureau of Industry and Security that administrates and enforces U.S. anti-boycott regulations. And in 2019, the U.S. House of Representatives passed H.Res.246 – “Opposing efforts to delegitimize the State of Israel and the Global Boycott, Divestment, and Sanctions Movement targeting Israel.”

Efforts to Mainstream BDS and Fight Against Anti-Boycott Legislation

Promoters of anti-Israel boycotts denounce the resolutions that consider BDS a form of anti-Jewish bigotry to be penalized. They claim such legislation infringes upon their freedom of speech, violating their First Amendment rights under the U.S. Constitution. They promote the movement in terms of Palestinian human rights and justice, using the pretense that the BDS campaign constitutes “non-violent” criticism of Israeli policy toward Palestinians, which is protected speech. In fact, the violent and discriminatory nature of the movement is evidenced both by its targeting of the Jewish state alone for attack and by its leaders’ and members’ justification of and engagement in verbal or physical violence against Israelis, Jews, and Jewish supporters of Israel.

A recent effort to combat anti-boycott legislation in the name of the First Amendment’s freedom of speech comes from Just Vision, a BDS-affiliated film team whose previous anti-Israel propaganda films include Naila and the Uprising, Encounter Point, Budrus, and My Neighborhood. Their latest film, Boycott, takes aim at U.S. state legislation against the anti-Jewish boycott campaign. The heroes of the film are a lawyer from Arizona, a speech therapist from Texas, and a journalist from Arkansas who have sued their respective states over the right to freely participate in the anti-Jewish boycott without incurring any negative consequences. The film endeavors to convince viewers that while the BDS movement’s discriminatory boycott is protected under the U.S. constitution, attempts to boycott the boycotters are both unlawful and deplorable. Referring to “dangerous bills” that allegedly “remove the legal protection that has been awarded to boycotts for generations,” the filmmakers make clear the partisan angle they take in their synopsis of the film:

The film chronicles the courage of three Americans as they defend freedom of expression and lays bare what’s at stake – our constitutionally-protected right to boycott – if they are defeated.

It is probably unsurprising, given The New York Times’ propensity to whitewash BDS (see, for example, here, here, here and here), that the newspaper highlighted the views of Alan Leveritt, one of the film’s protagonists and publisher of The Arkansas Times. Leveritt sued the State of Arkansas over its state-funded university’s refusal to advertise in Leveritt’s newspaper if he refused to sign a pledge not to boycott the Jewish state. Leveritt’s column, which was published first as an online Op-Ed and then as a guest essay in the Sunday Review section of the newspaper, expounded on an approach taken by the film to discredit anti-boycott legislation: He suggested that opposition to BDS and anti-Jewish boycott was predicated upon the “eschatological beliefs” about “the Second Coming and Armageddon” that “conservative Evangelicals” in his state hold. By depicting support for Israel and the rejection of those who discriminate against the Jewish state as the view of a minority of religious fundamentalists, the film and Leveritt attempt to marginalize the pro-Israel perspective of a majority of Americans.

What about the anti-boycott legislation in liberal states, like California and New York? Leveritt condemns them as “trading their citizens’ First Amendment rights for what looks like unconditional support for a foreign government.”

Leveritt argues that “boycotts have repeatedly been used as a tool of political speech and protest” and are part of America’s “founding mythology.” His view and that of the filmmakers and fellow BDS activists is that legislation against BDS’ anti-Jewish boycott is unconstitutional in that it “strangl[es] free speech” by “allowing government to use money to punish dissent.”

There is another perspective, however, that is less aired on the pages of The New York Times. It is the view of most Americans who reject anti-Jewish/anti-Israel boycott and support legislation against it. The last time the Times featured an Op-Ed presenting this position was nearly three years ago, when Florida Senator Marco Rubio defended the Combating BDS Act that he introduced with others on the Senate floor in 2019. (Unlike the pro-BDS column, the senator’s viewpoint did not merit guest essay status in the Sunday Review print section, only an Op-Ed in the Time’s web blog.) At that time, the senator pointed out that

…Just as United States court rulings have repeatedly affirmed that states have discretion over whether to invest or contract with a company undertaking actions at variance with their laws or policies, companies remain free to cow to radical anti-Israel interests and engage in discriminatory economic warfare against one of America’s closest allies.

George Mason Law Professor Eugene Kontorovich, an expert on international law, has similarly pointed out that the First Amendment allows state governments to place conditions, like anti-discrimination restrictions, on those with whom they engage in business and hence “if states can choose to not do business with South African companies because of their politics and practices (which BDS proponents wholeheartedly support), it also means they can choose to not do business with private companies because of other discriminatory policies—like a boycott of Israel.”

In  order to weigh both sides of the debate about anti-Jewish boycott and understand why so many seek to combat it, one must be familiar with the boycott’s history  and its inherent anti-Semitism.