With the onset of every round of Palestinian violence, well worn media manipulations reemerge to whitewash Arab perpetrated attacks. In addition to the headlines which notoriously cast Palestinian assailants as victims, there are Agence France Presse’s casualty counts which confound victims and perpetrators.

The attack comes amid a rising tide of violence among Israelis and Palestinians.

Over the same period, Israeli forces killed 15 Palestinians, including assailants, according to an AFP tally.

On Sunday, Israeli security forces killed a Palestinian woman who stabbed a policeman in the centre of Hebron, a powder keg where around 1,000 Jewish settlers live under heavy military protection among 200,000 Palestinians.

The same day, the army shot and killed an unarmed Palestinian woman who they said failed to heed warning shots near the West Bank town of Bethlehem.

The incidents came as Israeli forces round up suspects in the northern West Bank after a man from Jenin shot and killed three people in Tel Aviv.

Though AFP devoted an extensive six paragraphs to casualties on both sides, the news service nevertheless failed to convey the most basic point: All of the casualties on the Israeli side were either civilians murdered in Palestinian terror attacks or security personnel killed as they tried to stop the attacks. In contrast, almost every single Palestinian casualty on the Palestinian side was either a perpetrator of a terror attack on Israeli civilians, or a combatant who attacked Israeli troops as they carried out arrest raids in the wake of terror attacks. (The one possible exception is the unarmed Palestinian woman who suspiciously ran towards troops and ignored their repeated calls to halt.)

To the contrary, AFP goes out of its way to conceal the essential asymmetry among the casualties:  victims of Palestinian or Arab terror on one side versus Palestinians or Israeli Arabs who carried out terror and violence on the other.

For instance, AFP’s report today notes female casualties only when they are Palestinian. (To its credit, it acknowledged that one of the casualties stabbed a policeman. About the second Palestinian woman, who was unarmed, AFP said only she reportedly “failed to heed warning shots.” The news agency left out that she was approaching troops suspiciously, and not merely, for example, minding her own business as she carried out errands.) 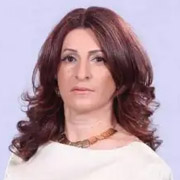 AFP’s inconsistency on the coverage of female casualties is striking. While the agency did note the Palestinian female casualties (one an assailant, and another who was killed as she ran at troops), AFP did not note either of Israel’s female casualties who were murdered as they carried out their peaceful routines. They are Doris Yahbas, 49, who was out on a shopping trip when she was gunned down by an Israeli Arab terrorist outside the Beersheba mall March 22.

Laura Yitzhak, 43, was killed in that same attack. She was waiting for her husband at a gas station in the area where she worked by the mall.

While AFP does note that assailants were among the 15 Palestinians killed by Israeli forces, the news agency, which seems to be carefully collecting casualty figures, neglects to give any indication as to how many. As previously noted, all but one were engaged in violence against Israeli civilians, security forces protecting civilians during terror attacks, or security forces carrying out arrest raids targeting terror suspects.

Another linguistic device which whitewashes Arab attacks against Israel is AFP’s use of the passive voice to describe terrorist attacks targeting Israelis. AFP obscures the Arab perpetrators, writing euphemistically: “Four shooting, stabbing and car-ramming attacks in Israeli cities have left 14 people … ” In a double standard, the news agency strikingly rediscovers the active voice when it comes to Palestinian casualties: “Israeli forces killed 15 Palestinians …” “Israeli forces killed a Palestinian woman …” “the army shot and killed … .”  Israeli forces kill, apparently, while Arab terrorists do no such thing. With the inconsistent use of passive versus active voice, AFP notably whitewashes Palestinian attacks. 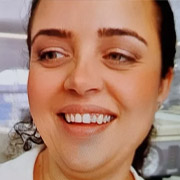 Separately, AFP fails to give any information about the identity of the people killed on Israel’s side, calling them only “14 people.” It fails to point out the most salient information: all were innocent civilians targeted in terror attacks or security forces who died trying to halt those deadly attacks.

Instead, the news agency provides a false symmetry, concealing the glaring asymmetry which defines this latest round of violence, and each round before this one: Palestinian and Arab violence target Israelis engaged in life routines. Palestinian assailants die carrying out their murderous attacks, and also while clashing with troops carrying out operations to arrest terror suspects.

Updated April 13 to add analysis on the active versus passive voice.