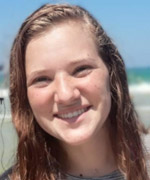 CAMERA’s Israel office prompted correction of an Associated Press report yesterday which erroneously stated that Israeli terror victim, Rina Shnerb, killed in a Palestinian bomb attack Friday, was from the West Bank settlement of Dolev. In fact, she was a resident of the central Israeli city of Lod, visiting a spring near Dolev, when she was murdered and her father and brother were injured.

In the West Bank, Israel is still reeling from the deadly blast Friday at a water spring that killed Rina Shnerb, 17, from the settlement of Dolev, and wounded her brother and father.

In the West Bank, the search was still on for the attackers behind the deadly blast Friday at a water spring that killed Rina Shnerb, 17, near the settlement of Dolev, and wounded her brother and father.