Alone it was considered unlikely to garner the 3.25 percent of votes cast necessary to get into parliament.
But a deal mentored by Prime Minister Benjamin Netanyahu saw it entering an electoral alliance with two other far-right parties, improving its chances.
The pact drew disgust from many in Israel and among Jewish communities abroad, particularly in the United States.
For Netanyahu, the deal ahead of what is expected to be a close election was pure politics.
He defended it by saying he does not want any right-wing votes to go to waste as he plans his next coalition. (Emphases added.) 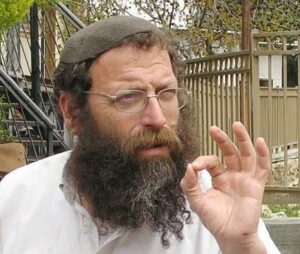 While such a deal took place leading up to the previous Israeli elections, last April, Jewish Power is not now in any deal with other rightest parties and is therefore not expected to pass the threshold. As AFP previously reported July 29 (“Israeli far-right parties unite for September vote,” 5:59 AM GMT):

The extreme-right Jewish Power, which many consider a racist, anti-Arab party, is not part of the new alliance but the agreement holds out the possibility of further negotiations.

Until now, there has not been an agreement. Notably, the French version of the same article did not contain the misinformation. It correctly reported (translation by InfoEquitable):

Prime Minister Benjamin Netanyahu, head of the Likud, had been heavily criticized before April’s elections because he had negotiated the inclusion of Jewish Power in the union of right-wing parties. (Emphasis added.)

In response to communication from CAMERA’s Israel office, editors commendably corrected, making clear that the pact had been in place prior to the April elections. The amended text clearly reports that the party is running on its own (1:29 PM GMT):

A deal mentored by Prime Minister Benjamin Netanyahu ahead of the April 2019 election saw it entering an electoral alliance with other far-right parties, but it still failed to get into parliament.
The pact drew disgust from many in Israel and among Jewish communities abroad, particularly in the United States.
Netanyahu defended it by saying that he did nto want any right-wing votes to go to waste as he planned his next coalition.
The party is this time running on its own in September polls, not as part of a larger alliance.

CAMERA’s timely action vis-à-vis yesterday’s AFP article underscores the value of the organization’s work monitoring and responding to wire stories in the same news cycle as they appear. With this preemptive work CAMERA helps prevent misinformation from appearing in media outlets around the world.
With research by InfoEquitable
Donate Now