Coverage of the Ben & Jerry’s compliance with the movement to boycott the Jewish state must provide news consumers full, accurate information on the bigoted goals and ideology of BDS, and the danger their activism often represents to the Jewish community.
The Boston Globe's Abdullah Fayyad misrepresents the facts of the Sheikh Jarrah property dispute to weave a false narrative of Israeli ethnic cleansing and apartheid.
Cartoonist Christopher Weyant's drawing of events related to the Gaza conflict is a concoction of lies that misrepresents basic facts and fuels misconceptions and prejudice. The cartoon relies on inversions that falsify the facts about Israeli actions taken in self defense. The Boston Globe has yet to take responsibility for the scurrilous cartoon -- to apologize or to remove it.
Writing in The Boston Globe, CAMERA's Tamar Sternthal points out that Stephen Kinzer, a former New York Times correspondent, errs when he repeatedly avers that Israel occupies the Gaza Strip.
In order to better make its pro-BDS case, an Op-Ed in the Boston Globe insists that measures to discourage anti-Israel boycotts "betray" the legacy of civil rights icon Rosa Parks. But Parks was an outspoken and very public opponent of anti-Israel boycotts 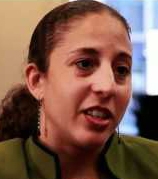 Boston Globe columnist Farah Stockman puts the Mark of Cain on Abel instead, using the recent slaughter of Jews in a synagogue as a lesson about Israeli evil.
A Guest Column by Moria Paz incorrectly accuses Israel of "reoccupying the West Bank and Gaza." The status of the West Bank and Gaza are clarified.
Donate Now