After a New York Times magazine romanticized Palestinian terrorists as “resistance” activists, whitewashing even one who helped plan and execute a bombing attack on Jerusalem’s Sbarro pizzeria where  15-year-old Malki Roth and  14 others were killed, CAMERA published the advertisement below.  It ran  in several different newspapers various newspapers on Aug. 8 and Aug. 9, 2013. 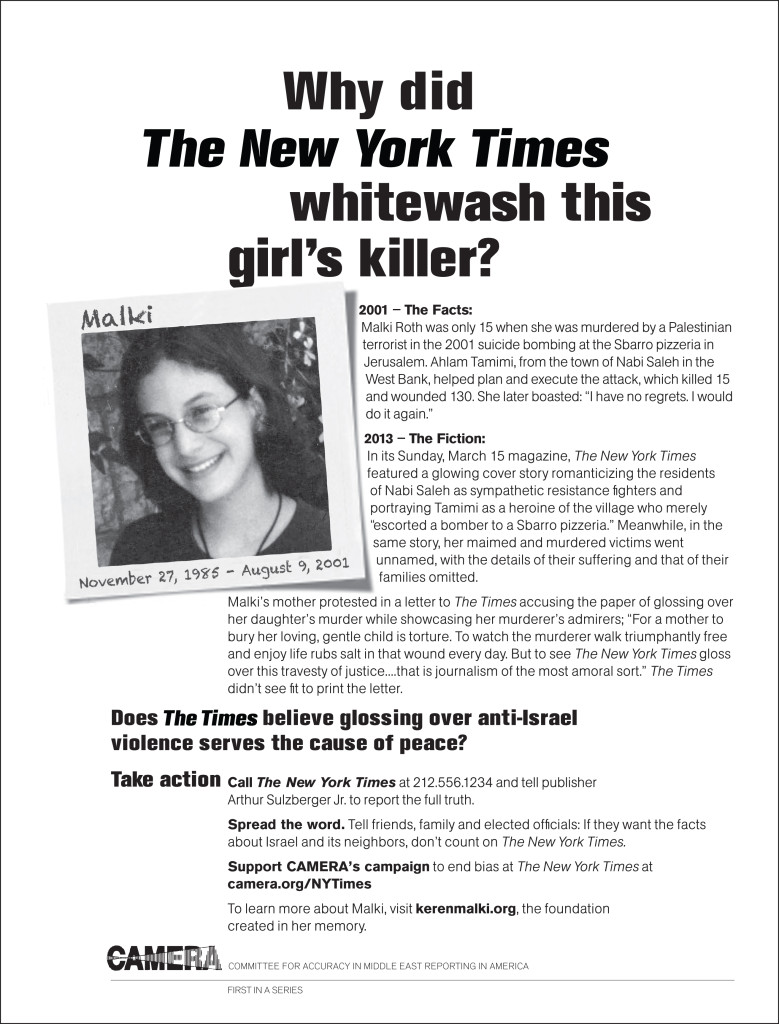