CAMERA on Aug. 14 ran the following advertisement in The Wall Street Journal deploring the refusal of CBS News and 60 Minutes to correct factual errors in its “Christians in the Holy Land” story broadcast on April 22, 2012.

CBS News Chairman Jeffrey Fager has disregarded detailed, substantive information presented to him and stated that he does “not agree with the points made” by CAMERA. He claims “our story was responsible journalism” and says “It was fair and accurate reporting about a newsworthy subject.” 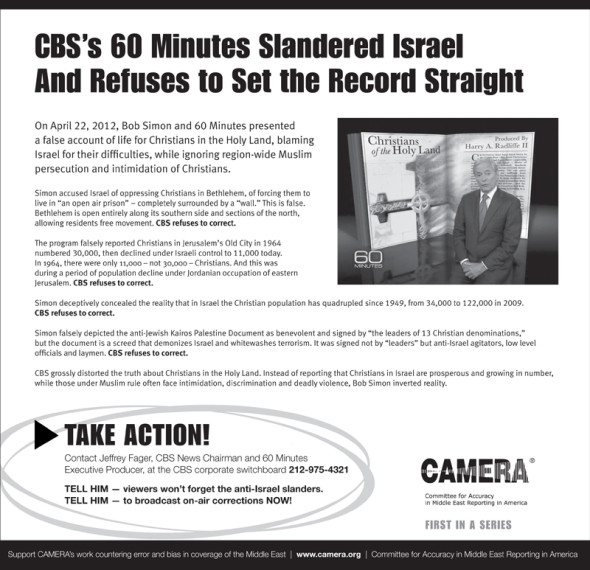