Delegates from the Evangelical Lutheran Church in America (ELCA) are currently meeting at their annual convention in Orlando to vote on an anti-Israel resolution which among other items, condemns Israel’s security fence. This comes after the church spread extreme misinformation about the barrier in its magazine.

CAMERA ran the following open letter to ELCA members urging fair treatment of Israel.  The half-page ad ran on August 12, 2005 in the Chicago, Minnesota and Central Florida editions of USA Today, received by delegates at the convention. 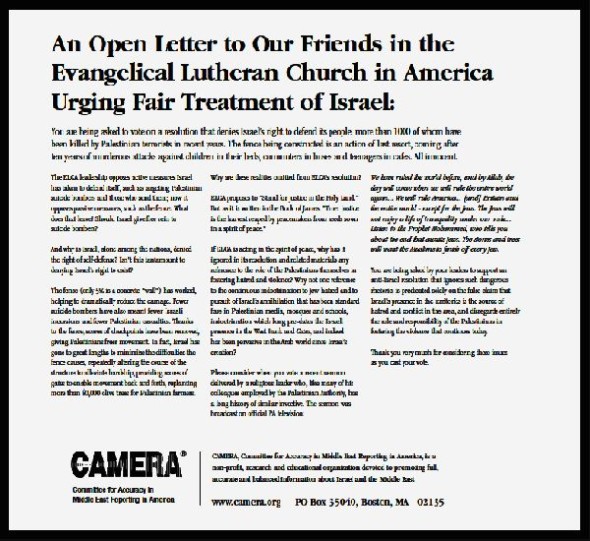 See update on the vote.