In response to anti-Israel bias in the Los Angeles Times, CAMERA is running ads in LA-area newspapers in the form of an open letter to the Executive Editor. The main focus of the ad is on the Op-Ed pages where an anti-Semitic cartoon was recently published, where factually false statements remain uncorrected and where pro-Arab columns appeared 50% more often. The ad has so far appeared in the Los Angeles Business Journal and LA Weekly, and will soon appear in a half dozen other publications. 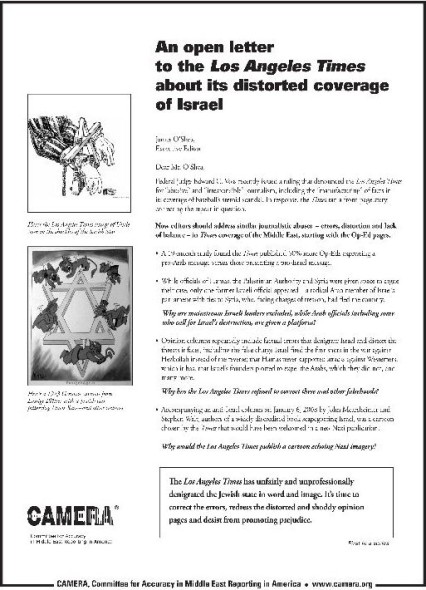